In 1964, journalist Martin Gansberg published an article in the New York Times that revealed some less-than-flattering human traits and sparked a revolution in social psychology. According to the article, Kitty Genovese, a 29 year-old woman from Queens, was stabbed to death outside over a 35-minute period, after which just 1 of the 38 spectators called the police. The police arrived 2 minutes after they had been called, but by the time they got to the scene of the crime, it was too late. Genovese died on the way to the hospital.

Although the article was a bit sensationalist (only a dozen of the people in the neighborhood heard or observed the attack, and nobody saw the entire incident), there was clearly some negligence in the case. In fact, one man discussed his reasoning for not calling the police promptly when he initially saw the attack, explaining “I was tired. I went back to bed.” The police had a very quick response time, so had they been called sooner, they could have probably prevented the murder. How could so many typically law-abiding citizens allow such a horrible thing to happen right under their noses?

Following Genovese’s murder, social psychologists explored the concept of the bystander effect. Their research suggests that when many individuals are present to witness a crisis, people are unlikely to intervene and help the victim. Social psychologists have explained this phenomenon, stating that with many other people present, individuals can feel a diffusion of responsibility. Another problem is that, since others are not intervening, individuals assume that what is happening is normal, and that it would be wrong to intervene.

A modern day version of the Genovese case occurred last Christmas. Simone Black posted a Facebook status update that she had taken sleeping pills and said goodbye to 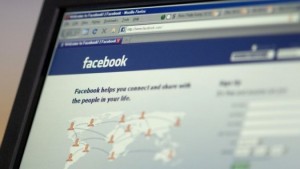 her friends. Although she explicitly stated her intent to commit suicide, none of her 1,062 Facebook friends alerted authorities. Instead, a few people commented on her status and bickered on whether or not the claim was legitimate.

Black’s suicide was not the only one in which people left suicide notes or hinted at severe depression on Facebook. Having noticed this, Facebook is taking measures to make it easier for people living in the United Kingdom to anonymously report suspicious behavior. Facebook now has members on its staff who look at these suicide alerts, and after assessing the situation, they will contact the proper authorities.

As social networking becomes more and more ingrained in our daily lives, these sites gain access to private information that is often unknown even by the people closest to us. Although such access could be excessive and exploitable, people working for these sites also have the ability to do a lot of good. If someone reveals a plan to inflict bodily harm on herself/himself on Facebook, they can be stopped.

Being stopped requires cooperation between other Facebook users and the Facebook staff. The alert system should be implemented everywhere (it is currently available only in the United Kingdom). Facebook users need to know about this new alert system and how to use it. They also need to overcome the bystander effect and act. They should know that although someone has many other Facebook friends who could report a potentially serious threat, they cannot rely on other people to do so. If we get Facebook to implement this system everywhere it is important to raise awareness about how to effectively use the alert system.  We must all be aware of the bystander effect and when we see signs of suicide, severe depression or updates and statuses on social media that indicate a person may harm themselves, we need to act. Perhaps we can prevent suicides such as the one Simone Black committed last Christmas.