Persistence Pays Off: Words of Wisdom from Earnestine Walker

Defining Your Own Success: Guidance Inspired by Yvonne Siu Turner

Breaking the Bonds: Moving Away from Zero-Tolerance Policies

Many of us probably grew up witnessing classmates being sent to detention, and some of us might even have feared being sent ourselves. Although our fear of detention was mostly due to the fear of getting in trouble with our parents, we were also aware that detention was a few steps away from being expelled from school. For some students today, school discipline creates another level of fear. Under a zero-tolerance policy, any disruption in class can lead to automatic expulsion.

While zero-tolerance measures were inspired by school shootings in primarily white suburban schools, they have mostly been adopted and enforced in urban schools, disproportionately impacting students of color. Student’s in low-income areas with zero-tolerance measures have a greater chance of being suspended and expelled. Black students only represent 16% of the students in the U.S Department of Education, but account for 40% of students expelled, making them three times more likely to be suspended than white students. Indigenous students represent less than 1% of the student population but account for 3% of expulsions.

Zero-tolerance policies do not distinguish between serious and non-serious offenses; students have been expelled for tardiness or simply carrying nail clippers. Students as young as preschool have been approached with force and handcuff for minor disciplinary issues such as throwing a temper tantrum. How do suspension, expulsion, and arrest help change the child’s behavior?

It is time to reexamine school disciplinary measures. It is understandable that people want to hensure school safety, but there is no evidence that zero-tolerance policies actually improve school safety. There is, however, evidence that zero-tolerance policies account for a high percentage of juvenile arrests for 70% of Black and Latinx students. Schools should be a safe haven for students, not a place where they are subjected to arrest. Students need a supportive school climate that promotes learning, not punishment. There needs to be a decrease in suspensions, and discipline needs to refocus on the social-emotional and behavioral needs of the students.

If you are concerned about the prevalence and impact that suspensions have on students, let your local school district committees and policy leaders know that you want to see a decrease in suspension referrals. Suspension and expulsion are not the best forms of discipline as it does not support youth development, does not address the root causes, and do not allow students the opportunity to improve behavior. Removing students from school is excluding them from the opportunity to engage in prosocial behaviors and lowering their chances of graduating.

For effective student behavioral change, schools need to develop disciplinary approaches that are evidence-based. This video shows how schools are replacing suspensions with holistic approaches. Our children’s education depends on our dedication to implementing safe and supportive school measures.

In order to bring awareness to the impact of zero-tolerance policies and share best practices on alternative disciplinary measures, we invite you to join us for a tweetchat on April 6, 2017 at 12pm PST/3pm EST. Make sure to follow The Alliance for Positive Youth Development on Twitter @ideas4youth and use the hashtag #APYDCHAT. We look forward to coming together on this important issue and working towards positive and sustainable change in policy and perspective. 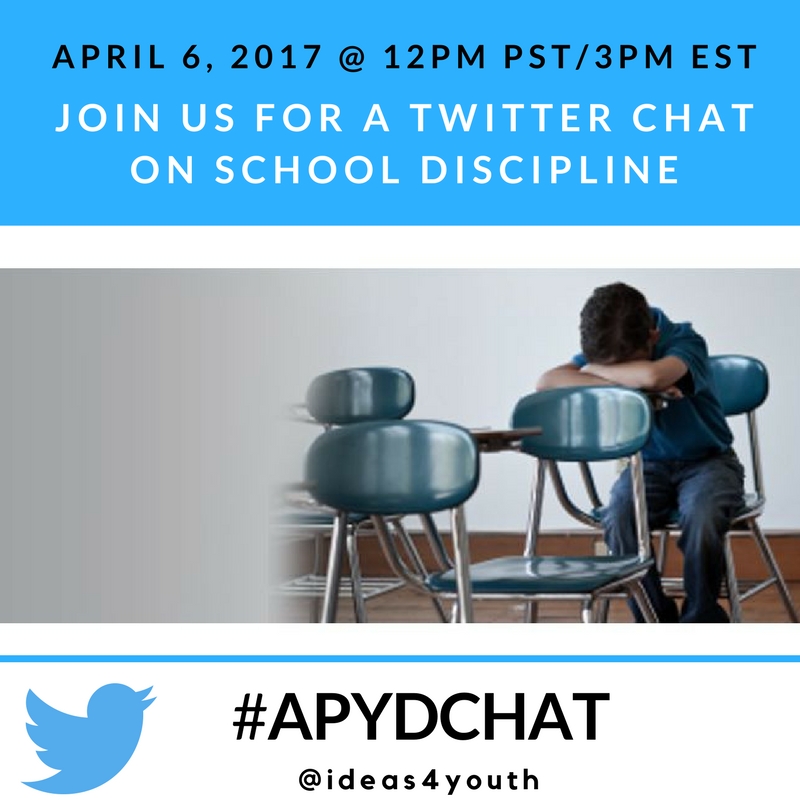 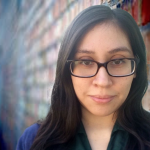 Ileana Naranjo is a macro Social Worker with a career focus on youth development. She received her Master in Social Work from the University of Southern California with a concentration in Community Organization, Planning and Administration. While working towards her Masters in Social Work, she performed a program evaluation for Year Up's Peer Support Program, as well as school violence threat assessments and interventions for school districts. She became interested in youth development while working as a teacher assistant for the Los Angeles Unified School District. Ileana was an AmeriCorps member, where she mentored youth in foster care and youth in LAUSD’s Juvenile Delinquency Program. Ileana’s passion and focus are to ensure that schools and communities are supporting and empowering young people to be changemakers.