As many of you know, Nelson Mandela, the Anti-Apartheid leader, Nobel Prize winner, Author, “Father of the Nation” (The New South Africa), former President and one of the 25 most influential people of our time, lies in hospital in a critical condition. Not much has been divulged of his condition and rightly so, as any patient, even one so revered, has the right of Doctor-Patient confidentiality. However the army of journalists, foreign and local, don’t seem to think this applies. They remain camped outside the hospital, reporting on any movement, no matter how irrelevant. 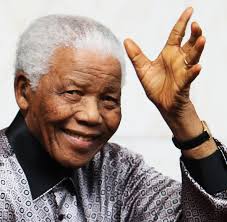 Mr Mandela’s latest admittance to hospital has created a strange and unnerving atmosphere in South Africa. Talk of Mr Mandela’s “imminent death” has created a sense of panic among many South Africans. Some have gone as far as predicting “Mayhem & Chaos.” Some are creating a fear that South Africa will “burn,” and advising citizens to be prepared for attacks, to their properties and families. In my opinion, I find this to be totally unfounded. Merely narrow minded banter from the far right. But is there a genuine fear? I believe so.

In 1994 when Nelson Mandela took office, South Africa and the world witnessed the birth of a new Nation, and it was truly a new Nation. One which had a Constitution that was detailed and solid. The country was non-racial, non sexist and opportunity for all was in clear sight. I don’t think that even Nelson Mandela himself, thought that it would work out so well.

However since Nelson Mandela left office, the general direction of the county has strayed in many ways. Corruption has persisted and continues up to today. Then in 2010, Arch Bishop Desmond Tutu held a party to celebrate his birthday, he had invited His Holiness the Dalai Lama. The South African government refused to grant His Holiness a visa.  In a press conference after the fiasco, an angered Arch Bishop Tutu lashed out at the government, showing an anger rarely seen, by a usually joyous man. He was angry that the South African government succumbed to China by declining the visa. To 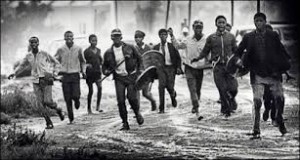 I believe that this forms the bases of the fear today. The fear is that when Nelson Mandela is no longer with us, his legacy will diminish and the South Africa that he had envisioned, and suffered for, will not manifest.  President Obama visited South Africa earlier this week, and in one of his speeches stressed the need to rid Africa of tyrants and gangsters who are holding the Continent back. South Africa is far from this stage, but with leaders who are willing to look the other way, when it comes to upholding the Constitution, there is the potential of serious problems.

So what should be done? We need to force our leaders to uphold the principals and the vision of Nelson Mandela.  He did, with the help of many others, create something wonderful, and it has to be defended and upheld. So that Nelson Mandela’s Legacy lives on.