A couple months ago I wrote about violent conflicts on the Turkey-Syria border, as well as the mounting dissatisfaction with the Turkish governments handling of the situation, and since then the situation has, unfortunately, deteriorated further.  There have been numerous outbursts of violence in the intervening months, 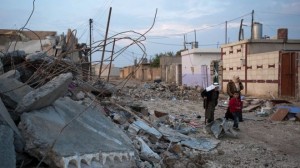 with the most recent clash having occurred over the weekend in the Syrian town of Tel Abyad.  Kurdish fighters, who had already taken over the nearby town of Ras al-Ayn, attacked on Saturday after discovering members of another rebel group, one linked to al-Qaeda, attempting to rig one of their bases with explosives.  Ras al-Ayn is located directly across the border from the Turkish town of Ceylanp?nar, and a militant Kurdish group has reportedly seized control of the border gate between the two cities.  Shots have been fired on both sides, and unfortunately many have been killed or hospitalized as a result.

I don’t want to give a news report of all the various conflicts that have occurred in the border region since my last post, however, but rather discuss the recent demands issued by the Kurdish separatists.  On Friday the 19th Kurdish rebels issued a “final warning” to the Turkish government: take steps to end the 30-year conflict between Kurdish separatists and Turkey, or else.  Interestingly, the rebels, members of the Kurdistan Workers Party (PKK) did not state what would happen if the Turkish government did not comply, nor did they state a particular time frame for action.  The warning statement did say, though, that “in the event that concrete steps are not taken at the shortest time, the [peace] process will not advance and the government will be held responsible.”

The Turkish government apparently was expected to initiate some reforms back in the beginning of June but, because it failed to do so, has been accused by the PKK of failing it’s duties.  The PKK, which has been classed as a terrorist organization by Turkey’s Western allies, declared a ceasefire in March and withdrew troops in May as 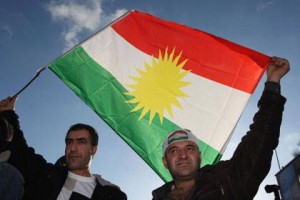 part of a peace deal negotiated last year, but they argue that the Turkish government has not followed through on their end of the deal by enacting reforms.  As you may recall from my post a couple months ago, however, Turkish Prime Minister Recep Tayyip Erdogan has his hands full already with anti-government protests, and so is hesitant to resume conflict with the PKK. Perhaps this means a peace deal can finally be truly negotiated after 30 years?  Or is his plate too full to deal with Kurdish issues?

The border clashes with Syria also add another layer of complexity to this already horribly complicated issue.  During one of the recent clashes between Kurdish separatists and Syrian fighters on the Syrian side of the border stray bullets hit a nearby Turkish town and wounded several residents, which prompted the Turkish government to retaliate against the Syrian Kurds.  Additionally, the PKK statement on Friday accused the Turkish government of supporting radical Islamists in Syria over Kurdish fighters, though Turkey has denied this allegation.

Kurdish separatists have been fighting for almost 30 years, and though there have been numerous attempts at peace negotiations, all have fallen through.  Will this final warning be the kick the Turkish government needs to begin reforms?  Should the government even begin reforms, or should Erdogan be more concerned with stabilizing the overall political situation after the recent protests?  These protests, and conflicts on both sides of the border, have thrown a wrench into the process, as they have made Erdogan’s position as Prime Minister much more precarious.  If the entire Turkish government were to be overthrown, as has happened in the Arab Spring countries, what would happen to the Kurds?  Let me know your thoughts in the comments!