In an appearance at the Washington, D.C., Politics and Prose bookstore, Ehrenreich informed an adoring audience that previous attempts she’d made to pitch books about poverty to magazine and book editors had most commonly met with failure. Poverty wasn’t interesting to their readers, the editors had told her. This book, she said, was different; it had been warmly received…what is it about this book on poverty that elicits so much interest?  – Nickel and Dimed, pg. 147 (Barbara Ehrenreich)

Much like the issue of homelessness itself, literature written about homelessness is often met with a sense of hesitancy. People often keep their distance. It is an issue that makes people uncomfortable. It is not something that people want to talk about, much less read about. Confronting the issue itself through works of literature, which detail the daily struggles of the homeless, as well as the societal structures largely responsible for the ongoing problem – cause an uneasy feeling with the public, who largely do not have to think about such issues on a daily basis.

However, there are several texts, which have been able to break through the barriers we’ve created for ourselves. Stories like The Soloist (a 2009 feature film starring Jamie Foxx), Same Kind of Different As Me (which also has a movie in the works), and Nickel and Dimed (A Notable Book of the Year, often read in high school and college English classes) are all texts regarding homelessness and poverty, which have gone on to become New York Times 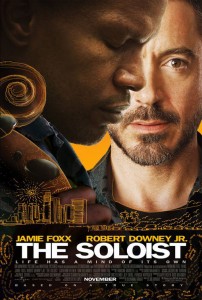 bestsellers. They have garnered widespread success, not just in the world of academia, but also with the general public.

What is it about these books, which breaks down such barriers? What causes them to resonate with readers, and allows them to stay on top of bestsellers lists year after year?

In a large part, it is due to the fact that such narratives are told through the perspective of a middle to upper class protagonist. It’s easy for us to identify with an affluent protagonist. We can peer over their shoulders, and act as an innocent bystander. We can allow ourselves to be swept away by the heart-warming stories and life-changing transformations from a safe distance – hidden behind the pages of the book, where we are far removed from any sense of personality responsibility or obligation.

New York Times bestsellers like Same Kind of Different As Me (written by Ron Hall and Denver Moore, with the help of Lynn Vincent) and The Soloist (written by journalist Steve Lopez) are both memoirs, which are told from the perspective of an affluent male protagonist about the development of their “unlikely friendship” with a troubled homeless man.

While Nickel and Dimed is not your typical memoir, it also provides a first-person perspective on the world of poverty, as seen through the eyes of an affluent protagonist, journalist Barbara Ehrenreich. In the work, Ehrenreich seeks to shed light on the current conditions of poverty in America by working undercover as an unskilled worker.

The power of such works of non-fiction, and in particular the genre of memoirs, lies in their ability to invite the reader into a different world. The texts become a temporary escape from the reader’s everyday life, a way to step into another person’s world, and see things from their perspective – even if it’s just for an hour or two at a time.

Memoirs about homelessness and poverty are especially captivating because of their ability to connect middle class readers to those who are far different from them socioeconomically. It provides them with the chance to gain a better 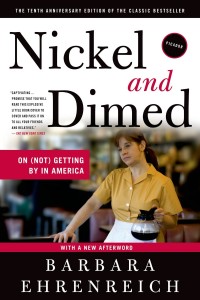 understanding of those experiencing poverty or homelessness, a rare opportunity in a society stricken by geographic and social segregation. It is clear that geographic and social segregation between the affluent and the impoverished is increasingly become the norm in many neighborhoods in the United States. As the middle and upper classes inhabit, “a social environment that [is] far more homogeneously privileged than at any time in the previous twenty years… in their daily lives, affluent residents of U.S. urban areas [are] increasingly likely to interact only with other affluent people, and progressively less likely to interact with other classes, especially the poor”. Reading memoirs about homelessness and poverty allows more affluent readers to inhabit this world, if only for a moment or two, without having to literally enter their world.

Take Nickel and Dimed, for example. In the book, middle and upper class readers (who admittedly are generally the only ones who read such stories – those actually experiencing poverty probably feel little inclination to read a novel about someone trying to simulate their day-to-day struggles) are able to put themselves in Ehrenreich’s shoes, walking by her side-by-side through her “journey though poverty”. As Katherine Newman, from The Washington Post states in a review, which is highlighted on the first page of Nickel and Dimed, “Nickel and Dimed opens a window into the daily lives of the invisible workforce that fuels the service economy, and endows the men and women who populate it with the honor that is often lacking on the job”.

The question then becomes – why does it take an undercover journalist to illuminate such issues? There are millions of unskilled workers currently employed by the workforce, the majority of which can read and write. They possess the ability to tell their own story. So why are there so many best-selling narratives told by middle and upper class Americans about the experience of poverty and homelessness? Why are there so few bestsellers where those who are actually experiencing poverty and/or homelessness are given the right to speak for themselves?