Let’s talk about social media. Do you have Facebook? Twitter? I’m going to guess almost definitely. But are you extremely plugged in? With Pinterest? Foursquare? Instagram? Maybe somewhat less likely but the odds are still pretty high. I’ll admit, I use all of the social media outlets (plus a few more). So needless to say I’m a fan. These things all do a lot of good. They allow us to express ourselves, connect with other people, and really provide traction for social movements. The list is almost never ending.
But unfortunately there is also a dark side to social media. It can be used to target people in a very damaging and 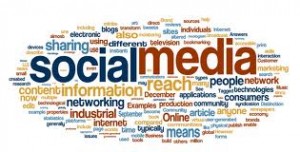 hurtful way. Both on an individual but also cultural level. Just this past week we saw too horrible incidents in these cases involving women’s issues. The first came from youtube sensation “Jenna Marbles”. She is an extremely popular video blogger who uses that forum to share her ideas regarding different cultural phenomenon. These are typically light hearted pieces; however, this week she chose to focus on women she calls “sluts” and made the tone much darker. One particularly harsh comment read: “The idea behind monogamy is that it is almost a state of higher evolution, anyone can be a slut, but it takes some logic and reasoning to say ‘I think I am going to be with one person and not sleep with the world.’” Of course there is nothing wrong with monogamy. But who is she to say how a particular woman should interact with a potential sexual partner. It is no one’s business other than the individuals involved what they choose to do. A woman should not have to worry about being dubbed a “slut” or being judged by other women in her daily life in person but also through social media.
But that wasn’t the only negative impact on women in social media this week. If you’re an avid twitter user, you probably saw the newest trending hashtag: LiberalTips2AvoidRape. A twitter hashtag that grew out of a misphrased argument from a Colorado House Democrat: Joe Salazar on Monday. Salazar is promoting a proposal to ban firearms on college campuses and in debate made a statement clearly implying that scared college kids carrying firearms might result in unintended casualties. However, conservatives jumped on his statement and used it to create a meme. They hoped to make him the new Todd Akin and to shift the focus of the War on Women 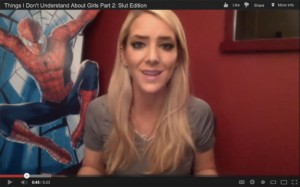 debate away from conservative politicians. They were not successful at these attempts and only succeeded in creating an extremely offensive twitter hashtag that include statements such as: “go for the Democrat politician look. You definitely won’t be raped…” Statements like these should never be considered funny and certainly shouldn’t be supported by politicians meant to represent our people and run this country.As you’ve probably picked up on, I have a HUGE problem with these two things. I think it is unacceptable for people to attack women via social media and I think it’s even worse when politicians and political groups are leading the charge. However, that’s not exactly what I want to continue talking about. Two of the articles I linked to above, as well as these articles have covered the topic extremely well and are definitely worth a read. Instead, I want to talk about how we’ve gotten to the point that things like this can occur, why they continue to happen, and how we can stop it.

I think a lot of the problems for us stem from a misunderstanding of exactly how many people we can reach. Social media has become a global phenomenon and connects people around the world. While that is an amazing feat that does bring some personal responsibility with it. Our thoughts don’t just go out into space never to be seen again. People see what we write now, and they will likely see it in the future as well. There are consequences for youtube videos like the one from Jenna Marbles and twitter hashtags that have sprung up this week. They are hurtful to the women who see them. And they are incredibly damaging to the women’s movement overall. We still haven’t achieved complete equality for ourselves but I think we can do it. IF we avoid pitfalls like these and don’t attack each other.

So I think we should take on that responsibility. Hold yourself and your friends to a higher standard. Don’t support groups who use social media in hurtful ways. And please please always consider the consequences of what you’re saying or writing or tweeting or posting. You never know what the consequences could be. Either for yourself and for others.