The Social Security Administration has officially joined the club. Better late than never, you could say.

In August 2010, the U.S. Senate and House of Representatives passed Rosa’s Law, which legally required the terms “mental retardation” and “mentally retarded” to be removed from all federal education, health, and labor laws. Just last month, the Social Security Administration officially announced their intent to change their own departmental language in the official Listings of Impairments. This is not the first time that the Social Security Administration has considered changing their language from “mental retardation” to “intellectual disability” (the agency issued a proposed rule to update the eligibility criteria for individuals with mental disorders back in 2010, however no action was ever taken on the proposal). However, public opinion has led the Social Security Administration to a change of heart once again, realizing that, “advocates for individuals with intellectual disability have rightfully asserted that the term ‘mental retardation’ has negative connotations, has become offensive to many people, and often results in misunderstandings about the nature of the disorder and those who have it”. 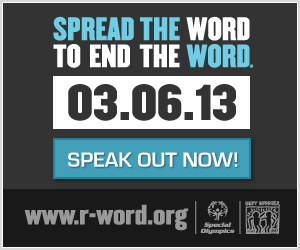 For a long time, I have supported legislation like Rosa’s Law. The work of campaigns like Spread the Word to End the Word. Initiatives that promote “people first” language, and realize the importance of creating a more politically-correct world.

However, I’m beginning to feel unsettled – like something more needs to be done. It’s great that the Social Security Administration has decided to change its language. However, the label is still there. The cultural stereotypes, assumptions, and presuppositions are still there. Why do we feel the perpetual need in our society to label people? To refer to individuals in accordance to their “condition”? Why can’t we simply take people for who they are, and call it a day?

The inevitable truth is that when we assign labels, we allow ourselves the liberty to see somebody only in accordance with their condition. Their “disability”. By the way they deviate from “normal” society. It allows us to justify cultural stigmatization. Even discrimination. It causes us to create a classification system, which allows us to all too quickly (and easily), draw the line between “Us” and “Them”.

If a person recovers from cancer, do we refer to him or her as “being cancer,” or he or her “is cancer”. No, because we know that cancer is something that we can recover from and be cancer-free. With mental illness, labels are made, “he is OCD,” “she is bipolar,” as if to say, the word “bipolar” sums up one’s whole existence, we don’t need to take that person’s actions good or bad too seriously, because it all comes down to the fact that he or she “is” this or that label. –Association for Natural Psychology

All too easily, the label becomes permanent, unchangeable. It becomes part of that person’s identity. The problem is that it ignores everything else about the individual themself. What about their thoughts? Their feelings? Their talents? What about everything else that makes that person special? Why are we always so quick to assign a label, and ignore the bigger picture? 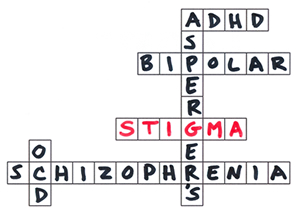 I realize that monumental changes that have taken place in the mental health community in recent years due to campaigns like Spread the Word to the End the Word and legislation like Rosa’s Law, and I don’t want to discredit their widespread success. Such actions are steps in the right direction, which work to promote a more tolerant and accepting society, and have had profound impacts on individuals all over the world.

The problem is – there’s always a new word, a new phrase – but the ignorance lives on.