I realized today that I tend to write solely about negative issues. Or at least only about things I think we need to fix. I don’t have a problem with that in general. However, for this particular post I’d like to approach things a little differently. Instead, I’d like to celebrate a recent success in the women’s rights movement. Because while I really do think we need to be aware of our problems so that we can effectively fix them, we also need to acknowledge 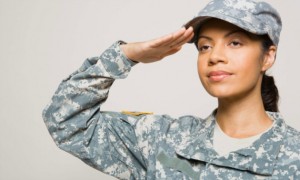 and enjoy our accomplishments equally.
For that purpose, I want to discuss the recent change in the US military’s policy towards women. They have lifted the ban on women in combat making women FINALLY equals within the military. Women will no longer be looked down upon for their “inability” to serve in combat. They will have access to all promotions and career paths. And perhaps most importantly they will finally receive the acknowledgement and credit they deserve. In recent years, women have been taking part in battle all over the world. However, their actions were not gaining them the respect they had earned because of the continued perceived ban on women in combat. But that has all come to an end. Women now have equal opportunity in all areas of the military.
And it seems we have four women in particular to thank. Mary Jennings Hegar. Jennifer Hunt. Zoe Bedell. Colleen Farrell. These women sued the Pentagon in November along with the ACLU to protest the ban on women in combat. In response, the Pentagon loosened the restrictions on female soldiers but didn’t completely remove the ban. That finally happened through an announcement from the Secretary of Defense Leon Panetta just yesterday. 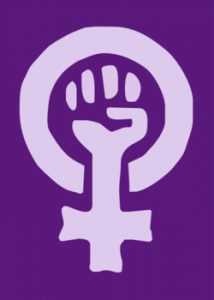 The policy has been officially eliminated. Breaking down yet another barrier between women and equality.Unfortunately, the story isn’t all happy. And everyone isn’t happy about it. There are lots of people out there who for whatever reason don’t support the lifting of the ban. They don’t believe women can handle combat conditions. EVEN THOUGH women have been taking part in combat for years. They say women shouldn’t even want to take part in combat. But why shouldn’t women have the right to defend their country? Or they take shots at the administration for lifting the combat ban while also supporting the VAWA bill. These claims are simply ridiculous. Allowing women to fight for the US is in no way connected to a bill designed to protect women from domestic abuse. The two are not similar and claims to the contrary are simply absurd. Happily, it seems these stances are part of a minority opinion.

The majority of people have welcomed the news and are celebrating this as an important step for women’s rights. And I have to say I agree. The US military garners a great deal of respect, as it should. And many people take cues from them in shaping their behavior. The military finally placing women on an equal playing field is an extremely important victory for women’s rights. And we should keep the ball rolling. There are still more actions that need to be taken in order for true equality to exist. But I think we’re going to get there. It’s going to take time. And a lot of hard work. But I think we can do it.

In the meantime, let’s applaud these women in particular, but really all the women in the military. For what they do for our nation and for what they’ve done in the name of women’s rights.