Jordan has largely stayed out of the news since the start of the Arab Spring, as the country has–so far–managed to avoid any major shake-ups or protests.  This may be about to change, however.  Resentment against King Abdullah II has been building for some time, and these elections were a way for his government to show 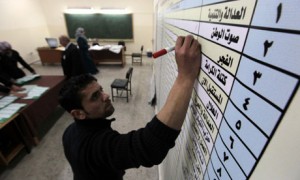 commitment to the democratic reforms he has been promising for some time.  Whether or not this is actually the case, however, still remains to be seen.

56% of the 2.3 million registered voters showed up on Wednesday to cast their votes, which pro-government activists claim is a demonstration of support for King Abdullah II and his proposed reform plans to reduce corruption and introduce more democratic institutions.  Government officials insist that the elections are a milestone and that the new assembly is full of critical members who will challenge the government rather than a group of yes men.  They claim that the elections were fraud-free and have gone a long way towards restoring public confidence in the parliament and the government as a whole.

The opposition, however, is not quite so rosy.  The Islamic Action Front (IAF), the political arm of the Muslim Brotherhood and largest political party in Jordan, boycotted the elections, claiming that electoral law was biased against them.  Others opposed to the election argued that these parliamentary elections are just another tool used by King Abdullah II to cement his power, and so are just a sham.  The Islamists claim that only a fraction of 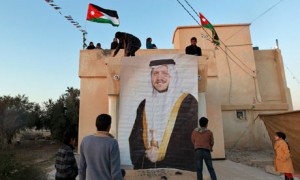 the country’s registered voters turned up to cast their ballots, and that a large number of the population have not registered to vote since the last elections in 2010--the start of the Arab Spring.

Only time will tell which side is right.  It’s been only a few days since the elections, hardly enough time for anything to happen, but the coming months will show whether or not the government is truly committed to democratic reforms or whether these elections were a sham–just like the last elections and the ones before that. If things go poorly it is likely that Jordan will finally descend into chaos with the rest of the Arab Spring countries.  These elections are a tipping point: if reforms do not meet standards for political reform analysts predict increasing instability and a movement towards political disorder. 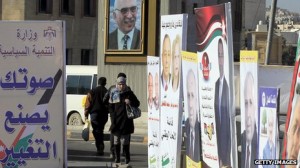 Economic problems, however, may be at the root of all the commotion in Jordan.  The country is facing an acute financial crisis and recently borrowed 2 billion dollars from the IMF.  Unemployment is quite high, and the county is largely dependent on aid from the Gulf States.  Protests over economic conditions actually preceded protests over corruption and political reform, meaning that economic hardship may be the root cause of any political instability.  If the government cannot begin to resolve these underlying issues, then protests and demonstrations may increase regardless of how much the government does or does not change.