Maybe you’ve seen it. There’s a piece circulating online with the title “How Pinterest is Killing Feminism”. Avid pinner and fellow feminist myself, all it took was the title to get my attention. My first reaction was anger. Then, I was insulted. How dare they make such an accusation about my beloved pasttime? The article sat unopened on my computer for a whole other day. On several occasions, I would click open the tab, look at the title, and then close it again. It wasn’t until the next night, when I actually decided to sit down and read it over.

Here are the article’s key claims: 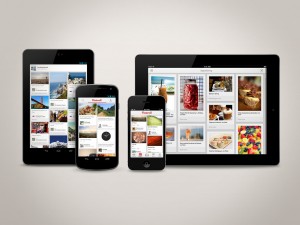 The truth of the matter is that one in five women over the age of eighteen are on Pinterest. Over 60% of site visitors of Pinterest are women. We should embrace the fact that Pinterest is a female-dominated platform (and a rapidly growing platform at that – over 22 million new users in the last year alone), and harness this power to our fullest advantage. Many organizations that I follow, such as Miss Representation, WAM! Women, Action, and the Media, and NIU Women’s Studies, have already jumped on the bandwagon and currently use Pinterest as a means of transmitting information and spreading awareness on a whole variety of women’s causes. Pinterest allows such organizations the opportunity to reach an audience that they wouldn’t often get to reach. Just this summer, the SISGI Group itself started its own Pinterest as a tool for spreading its message through pins connecting to blog posts, webinars, and conferences, all which work to promote the ideas of feminism to the greater public.

Upon finishing the article, I closed the tab and decided to open a new tab. My new search? Under the key words “women’s rights”, I wanted to see what kind of results the so-called “feminist-killing” Pinterest would bring. The results? Quotes about female empowerment. Statistics outlining gender discrepancies in the workplace. Stories dedicated to the “Half the Sky” movement, which took place last week. Images pinned to boards with titles such as “Make the World A Better Place” and “Power to the people! The fight for equality”. Still think Pinterest is killing feminism? Think again.