As I’m sure you heard, human trafficking in the United States is unfortunately on the rise again. It’s become an ever-increasing problem and New York City has decided to take steps to stop it. But again, just like with their “Latch on NYC” program, I fear the City Council is doing it the wrong way. In this case, they’re addressing a periphery issue (transportation) instead of the root causes behind human sex trafficking. So though well intentioned, I don’t think the new law is going to have the desired effect and could instead have some serious negative consequences. 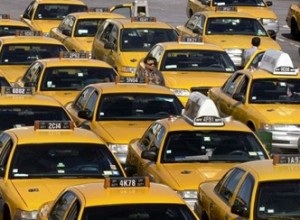 Let’s look at the specifics of this law. As it stands now, cab drivers can potentially get their licenses’ stripped if they knowingly transport anyone involved in the sex trade. The new law keeps this possibility but adds a $10,000 fine. In order for the law to make sense, cab drivers will have to profile women to determine if they are prostitutes or not. Which they’ll learn how to do through training programs given by the city. So essentially the City Council’s big response to the upturn in sex trafficking is to restrict their movements using cab drivers. And they using approximately $2 million to do it.

I have to say I’m having a hard time deciding where to begin talking about everything I see wrong with this law. Don’t get me wrong. I believe sex trafficking is a huge problem. And I think its an issue we desperately need to address. But it’s because it’s such an important issue that we can’t support this law. By implementing this program, New York City is more or less wasting $2 million that could be used to

ACTUALLY end sex trafficking. They’re really just trying to use a “bandaid for a heart attack” and avoiding taking the larger necessary steps.

Just think about it. Do you think discouraging cab drivers from transporting prostitutes is really going to have a significant impact on the overall sex trade? Even if the new law does discourage sex traffickers from using cabs as transportation, it’s not going to affect their business in any other way. They’ll simply find a different means of getting around. And does it really seem like a good or even reasonable idea to place the burden of profiling women on cab drivers? They’ll be encouraged to look for signs like inappropriate dress, older boyfriends, and angry or tearful demeanors in women they’re transporting to determine if they’re prostitutes. But that description could apply to any number of women whether they’re involved in sex trafficking or not. They can easily make mistakes and incorrectly profile a woman. Maybe that doesn’t seem like that big an issue to you. But think about what could happen if cab drivers misinterpret the situation.

Imagine you, your daughter, or your friend live in New York City and you’re coming home late one night. Maybe you were out with friends, working, or doing any number of things. And maybe you decided to dress a little more “racy” or “sporty” than your average citizen. You try to wave down a cab, but the driver takes a look at you and won’t pick you up. You may not actually be a prostitute but the driver thinks you look like one. And because of the new law, he won’t risk picking you up. So now you’re stranded. Late at night. On the streets of New York City. I don’t know about you, but that would be scary for me. And this could easily happen to any woman in the city under this new law. All because of a superficial decision made by a cab driver. Sure, it’s not THAT likely you’ll get denied transportation. But it’s a real possibility now.

At the end of the day, this law has been put in place to protect women. But it’s doing exactly the opposite. We’re encouraging people to make judgements based almost solely on a woman’s attire. But should a woman really be placed in an unsafe situation simply because she chose to dress provocatively? I certainly don’t think so. This law is unfair to women and sends entirely the wrong message to the general public. It won’t stop prostitution and it could place women in dangerous situations. We’ve acknowledged that sex trafficking is a very real issue for us. So let’s take the necessary steps to end it instead of tackling minor issues. We need to continue raising awareness about sex trafficking and supporting larger groups like Free the Slaves and Not for Sale who are already making progress. Let’s take a stand to help and protect women the way they deserve.