If you haven’t heard, a controversy has arisen around Laura Bush recently winning the Alice Award for her good work in the Middle East supporting women’s health rights. Any woman is eligible to win, but it has traditionally been given to well-known feminists. Because of this association not everyone was happy she received the award. In fact, 22 well known feminists, including Sonia Pressman Fuentes, the co-founder of NOW, protested her right to win because Laura supposedly did not help women enough in the United States. However, many people believe the women really protested because Laura didn’t fit today’s feminist 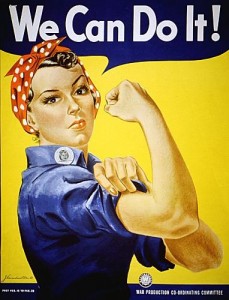 mold and therefore couldn’t be a leader in women’s rights activism.

But who sets these “standards for feminism”? Where do they come from? Shouldn’t anyone who supports women’s rights have the support of the feminist movement? Sadly, that doesn’t seem to be the case, as Laura Bush does not have their support even though she worked to help women. But the point of this article isn’t to argue whether or not Laura should have won the award. What I really want to talk about is why we have created such rigid standards for feminism and why women must supposedly conform to these standards if they want to support women’s rights.
According to the definition, a feminist is an advocate or supporter of the rights and equality of women. That is the entire definition. A feminist is essentially
just someone who supports women’s rights in any capacity and isn’t restricted to certain issues or opinions. Of course, there are rights and beliefs that many feminists share but I don’t think it should be mandatory that everyone has to agree on every point. Nor do I think that some issues are more important than others. But unfortunately, it seems that a majority of the most outspoken feminists don’t agree with me. They have set a very clear standard for feminism that people must adhere to. And in their opinion anyone who does not reflect those views does not support women’s rights properly. The feminist movement has shifted in past years so that it now reflects a particular, strict vision of women’s rights that only certain women’s rights proponents support rather than a majority of women. 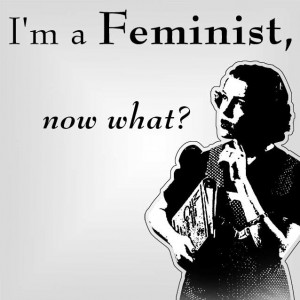 It’s for that reason that I’ve never really considered myself a feminist. I’ve always been a huge proponent of women’s rights and have been very outspoken in my beliefs, but I still never associated with feminism. To me it appeared to be a movement that forced its opinions on everyone and didn’t allow for debate or discussion. Maybe I’m wrong about my interpretation of feminism today, but I think there is at least some truth to my experiences because other people have had similar opinions. For example, my sister’s teacher asked everyone in her high school class to raise their hand if they considered themselves feminists. Not a single person raised their hand. Not one. This is in an extremely liberal high school, so I know a majority, if not the entire classroom of people, support women’s rights and yet they didn’t consider themselves feminists. In my opinion, this perfectly highlights the problem. There appears to be no place within the movement for people, like myself, who support women’s rights but don’t agree with in all areas with leaders. I am a strong proponent of women’s rights and yet because I disagree on a few issues I have never felt comfortable or even able to join with them. The feminist movement used to be composed of everyone who supported women but it doesn’t anymore and I think that needs to change to include women like myself, my sister and her classmates, and Laura Bush.
Let me clarify that I support feminist groups in all their efforts. I think they do a lot of wonderful things for women and their actions are extremely helpful in gaining equality for women. I simply wish that the “movement” allowed for broader membership than it does now. Women need to be supporting each other and celebrating any accomplishments we achieve, not judging each other’s dedication or beliefs. We have enough people hoping we’ll fail without questioning and then isolating people who in fact wish to help women. Everyone obviously has their opinions on issues and what methods are best for reaching our goals, but people shouldn’t be excluded if they have disagreements. Instead, we should create a movement that allows for differences in opinion and debate, because then we could truly achieve our goals by creating a much larger and powerful movement for women.