Have you heard of Human Papillomavirus or HPV? Some of us that have heard of the vaccine are probably even vaccinated against it, but do we really know anything else about it? The Human Papillomavirus is a sexually transmitted disease with multiple different strains. Some strains are naturally fought off by our body’s immune system. However, some lethal strains of HPV cannot be fought by our immune system and can be dangerous for an individual’s health. For instance, the Human Papillomavirus and its dangerous strains are known to cause cervical cancer in women.  In 2006, Merck introduced an new HPV vaccine called Gardasil to protect women against HPV and some of its lethal strains particularly strains 16 and 18. Human Papillomavirus Vaccine (also known as HPV Vaccine) is given in three doses over a period of six months. Within three years, FDA also approved 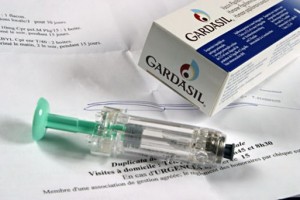 The most common misconception today is that women are only affected by the virus, however men are also at risk. For example, one out of fifteen Americans are infected with HPV related oral cancer, and the majority of those Americans are men.  The problem is that many men do not know enough about HPV and the vaccine and most men probably do not even know they are at risk. There is not enough information out there for men to refer to from healthcare providers or government health agencies. Less than one percent of american men are vaccinated against HPV and its most dangerous strains. Men have trouble getting access and information regarding HPV and the vaccine because many doctors and nearby clinics do not even offer the vaccine for men.

Women are very well informed of the HPV virus because of the educational efforts of healthcare professionals. There are many resources that they have at their disposal. For instance, in 2008, 87% of women learned about HPV from the mass media. I have seen commercials about HPV and Gardasil vaccines constantly on television and the Gardasil commercials only target women, and discussed cervical cancer. There was no mention of men also being affected by HPV, or even other problems that may occur when infected by HPV. Even after the FDA approved the vaccination for males, I have not seen any information targeting and encouraging men to get vaccinated against HPV. It is very important to  educate men about HPV and the vaccine because vaccinations can help decrease the amount of HPV infections that are spread from person to person.

and provides men with information that they can use to make decisions regarding their health. The Center of Disease Control is the most prominent governmental public health agency in the country, and has the resources to create public awareness about this issue. The CDC should implement a HPV health education campaign in various cities and towns especially targeting males in the United States. The CDC should also urge health departments and community health clinics to participate in the campaign to spread more awareness about HPV. The CDC can create special informational resources such as pamphlets, booklets, and even a website just for men to go to and learn about the virus. This campaign should also use social media to spread the message because it is a effective tool and can reach many people easily. Also, the CDC can work with well-known organizations that work for men’s health and create an effective marketing strategy to spread awareness through mass media and social media. Finally, one aspect of the campaign can be a similar initiative to No Shave November where men pledge to not to shave in the month of November to spread awareness about prostate cancer. Similarly, there can be initiative where one day is dedicated to HPV awareness. Men can show their support by wearing teal or white (teal and white are generally considered to be HPV colors). It is time that there is more information available to men regarding HPV and the vaccine and to remove the common misconception about HPV.