Apparently freedom of speech and talking like an adult are not acceptable in some places in 2012. Specifically I’m talking about the Michigan House of Representatives where, as you may have heard, one female state representative and her colleague were banned, banned, from speaking because of a word that was uttered. What could she have possibly done that was so offensive, so out of line, so vulgar that she should be banned from speaking on the house floor? Wait for it….she said vagina. How shocking!

No, this is not something out of a political satire. Democratic Representative Lisa Brown actually said the technical name for what a part of the body 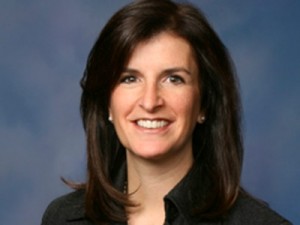 is called and actually got her freedom of speech revoked from the Michigan House floor. Now, let’s look at this in context. She wasn’t running around yelling “Vagina!” at the top of her lungs just to get a reaction. No, the state House was discussing one of the most restrictive pro-life pieces of legislation ever to be brought to a House that is to be voted on. Oh yes, Rep. Lisa Brown was banned (by the male Republican House leaders) from speaking for using a medically correct term while discussing legislation directly about said medically correct term.

What’re the real underlying issues here?  This can’t just be about the use of a blush-inducing word, can it? It’s not. Right now in the US women’s health has for some inexplicable reason become a major political issue. Throughout the states, legislation attempting to control access to contraception and abortion has made a resurgence. The real problem here is that open and candid discussions about this major issue are not happening. The real issue is that male state House leaders think that they can silence women from talking about women’s health.

One of the more outraging facts in this story is the language used by the spokesperson for the House majority leader. Ari Adler in his comment on the situation boldly stated that Brown wasn’t silenced because of the word she used; it was the way that she disrupted the House and essentially threw a “temper tantrum,” like an unruly child. Now, there are two things blatantly wrong with what Mr. Adler has to say. If you watch the video below of Brown’s speech in question, the only thing that could be somewhat and loosely labeled a disruption after she utters the infamous word, is a few, and I mean very few, cheers and applause. None of the lawmakers behind her even flinch at what she says. Secondly, this is blatantly not some “childish fit of rage” and it’s highly offensive to invoke the stereotype of the overly emotional and angry female in a situation where she is obviously quite composed. Way to further perpetuate female stereotypes.

If you want to talk about women’s health, fine. But, you had better be able to stomach the language that comes along with it. That’s the thing. Here we have state lawmakers that think the use of the correct anatomical term for a female body part is so “disturbing” that it can’t be used in a professional setting with “mixed company.” However, they think they have the right to pass legislation affecting said anatomical body part. If you can’t say the word vagina like a grown up without being embarrassed or disgusted, you sure as hades have no business or right making political decisions about it. Plain and simple.

So, how did Lisa Brown handle this hypocrisy? In the most awesome way possible. She stood on the steps of the statehouse, surrounded by thousands of supporters, and proceeded to recite Eve Ensler’s hit play The Vagina Monologues in all its glory, with the help of the playwright herself. Now that’s an excellent exercise in freedom of speech.