The issues going on in Texas right now perfectly illustrate what I mean. Last year, the Texas state legislature passed a law banning Planned Parenthood from the Medicaid Women’s Health Program. This was a huge blow to the clinics in Texas because previously the federal government would pay $9 for every $1 the state spent, which amounted to about $35 million in funding. When the law takes effect Planned Parenthood 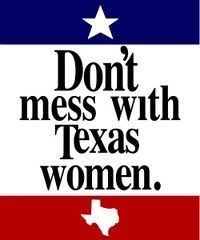 clinics probably won’t be able to stay open, which will leave thousands of women in need of new health care service. So Texas women are protesting this proposal and have organized into a group called Don’t Mess with Texas Women. They don’t want to give up their health coverage and don’t believe they should have to. Why should they be forced to go to new state funded clinics when they already have great care with Planned Parenthood. When women go to a Planned Parenthood clinic they know they are entering a clean, safe environment, but they won’t know what to expect from these new clinics that the state is promoting or even that they’ll have access to them. It’s not fair that women should be forced to change health care clinics and lose coverage in the immediate future because the state has decided it doesn’t agree with some of Planned Parenthood’s policies.

Given the amount of money the state stands to lose, the potential harm done to women, and the wide spread protests, it seems crazy that the Texas legislature would take this drastic step to end funding. But I’m sure you’ve already guessed what the real motivation behind the law is: abortion. The legislature decided they didn’t want any state money going towards clinics that provide abortions. Even though only some Planned Parenthood clinics provide abortions, ALL clinics in Texas are losing their funding. In reality, they cover all sorts of health services from contraception, STI and STD testing, cancer screening, and yes, sometimes abortions. But abortions only represent 3% of the services they provide. Many people just assume that all Planned Parenthood does is provide abortions for women because of the news coverage it receives or the stories they hear. However, the facts show that this isn’t the case and there is no way state officials don’t have that information. In spite of all that, Texas is still insisting on removing all funding from the organization as a protest against abortions.

I’m not arguing for or against the validity, legality or morality of having an abortion. That is for someone else 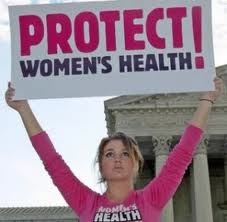 other than me to decide. But I am arguing that all women have the right to the care that Planned Parenthood provides. When it is sometimes the only option for safe health care for a woman how can officials reasonably argue that funding should be removed? The important thing is that women get the healthcare they need and deserve without politicizing the issue and distorting all the good Planned Parenthood does. In an attempt to fix this wrong, Planned Parenthood challenged the Texas law and the case has been making its way through the Appeals Court circuit. Unfortunately, if the law is overturned and the state is forced to include Planned Parenthood in its Women’s Health Program, Texas officials have stated that they will shut down the program all together rather than contribute the mandatory funds. This would leave thousands of women without access to proper health care. For the sake of Texas women I hope officials do not follow through with their plan if the court decides against them. They need to listen to the women of Don’t Mess with Texas Women and protect their female residents by continuing funding for Planned Parenthood.