Music videos have become a staple in our culture since the start of MTV in 1981. There’s been Total Request Live. Vh1’s Top 20 Video Countdown. Nowadays, YouTube is the newest platform for teens and adults alike to view music videos at any time of the day. What do all these platforms have in common? They offer a visually stimulating way for the public to connect with their favorite artists. They put a face to the music. They’re entertaining. And they’re deeply rooted in our popular culture.

However, it’s time to take a step past the glitz and glamour, and the pulsing bass in the background of the music video. It’s time to analyze the deeper cultural narratives that are deeply rooted in the production of the 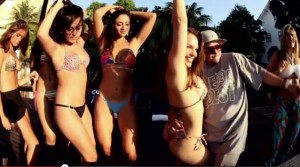 music video. Ever notice the rampant female sexuality demonstrated in many videos? The ones in which females are simply used as fantasy characters? As people who are there merely to cater to the needs of the male artist? When you think about it… whose story is really being told in these music videos anyway?

Forget the outfits (or lack thereof). The expressions. Even the dance moves. Focus simply on the camera movements, which have exploited women’s bodies in music videos for years. There are four main ways in which the video cameras take on the role of the infamous male gaze in current music videos:

Over time, the repeated use of such camera angles in music videos has become common-place and normalized. It states that it is perfectly legitimate to look at a woman in such a manner. The male gaze becomes internalized, and eventually becomes a dominant narrative in both music videos and reality. The male gaze tells the story of male sexual control and dominance. It is one in which the females live simply for male attention. And it sends the message that females desire this attention, and want to continue being looked at in this way.

It is important to look at these overarching trends to further examine the stories of masculinity and femininity being told through the music videos. As stated in the documentary, Dreamworlds 3, “Examining the stories that music videos tells us about both male and female sexuality, about what is considered normal, allows us to do more than just understand one aspect of our culture. It gives us a way to think about how the culture in general teaches us to be men and women.”

Music videos tell women that the most important aspect of their being is their sexuality. They define femininity in terms of their relationship to powerful, dominant males. Females are portrayed as dependent 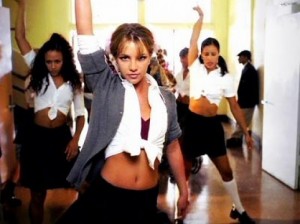 and helpless without men. They are objectified, reduced to a single part of their bodies through the camera lens. And they are viewed as a passive thing, simply meant to be explored by the lens of the camera. They are not shown to be intellectual. Athletic. Independent. Rather, the only view of femininity portrayed in most music videos is one of a hypersexual, subservient female being.

Music videos are not simply a collection of  “images”. Rather, they are a collection of dominant narratives that ingrain themselves into cultural values, assumptions, and attitudes over time. They shape what we know and think about femininity and masculinity within society. They shape what we know about sexuality. Ask yourself- what is the real role of females in current music videos? How can it be changed? And why has the situation worsened over the last couple decades?