Jails, prisons, and criminals used to be taboo topics associated with the worst of the worst of the population, but now with the sheer volume of people sent prison, mass incarceration is an issue that people can no longer ignore. It has finally become a topic of conversation nationwide and a problem that politicians and social groups alike hope to address. The most politically popular movement right now bases its rationale on economics rather than on a more traditional human rights ideology but at a cost. Economic motivations gain 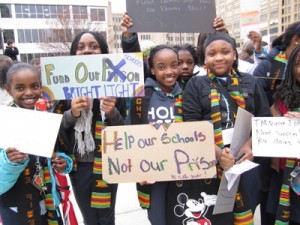 supporters now but such a focused approach will not bring about broad enough societal changes to reduce the prison population for good.

A bipartisan coalition, consisting of current and former Congressmen, including Newt Gingrich, and the NAACP, has formed with the proclaimed goal of reducing the prison population for economic purposes. They base their argument on the idea that the United States cannot afford to continue spending large portions of the nation’s budget on prisons, especially with the current recession. In order to spend less on prisons, there would have to be fewer prisoners, so this group has begun supporting legislation that would gradually begin reducing the size of correctional facilities and departments. The Criminal Justice Reinvestment Act, for example, would try to analyze correctional spending in order allocate funds for effectively and provide data on how to best redesign the prison system. Their reasoning for reducing the prison population is purely economic. They do not deny human rights claims or argue against other groups, but they do believe that the most compelling argument for change stems from economic motivations.

The economic argument holds a lot of merit, with its broad political support and general appeal to people’s wallets. Anyone would support a movement that reduces state spending and at the same time addresses an important human rights issue, so what is the problem with building a movement around economics? Any policy changes would be focused on prisons specifically and reducing spending. This is not necessarily a bad idea in and of itself, but it does not address the real issues that led to so many people being imprisoned in the first place. Mass imprisonment is the result of a far bigger societal problem that can only be fixed by addressing the larger structural forces involved, which shrinking prisons does not do. The prison population would decrease in the immediate timeframe, but nothing would have been done to reduce the number of potential prisoners in the future. Reducing prison spending before decreasing the volume of people sent to jail could potentially result in even harsher prison conditions and thereby create more problems than their policies would fix. Furthermore, a problem as big as mass incarceration would take time to fix and unfortunately, a movement based on economics will only last as long as the economy continues to suffer. Once our economy recovers, which it inevitably will, there is no reason to believe an economic argument will continue to garner support. Prisons have cost this country billions of dollars each year but this has only been an issue for politicians since the recession began.

As I have said before, ending mass incarceration is not a one step process. Using economics as the basis for change does nothing to reach the real problem that massive prison populations represent. It is a quick fix that will not resolve any deeper issues and potentially even create more problems as budgets get cut, while prisoners remain. The movement is a classic example of people trying to do good and initiate change, just not in the right way. They are sacrificing a broader vision that would involve change at all levels of society so that they can gain supporters now. In order to actually solve the issue of mass incarceration, government must fix the environment that these people come from, the policies that allow so many people to be locked away, and the power structures that benefit from large prison systems.