America’s effort to end drug trafficking and drug use with its War on Drugs has had a profound impact on the nation and our neighbors for the last 40 years. It has strained our relationship with many Latin American countries and put undue stress on their local populations, while hurting our people unnecessarily at the same time. The policies created to win the War on Drugs have led to a huge spike in arrest rates and a growing prison population, which has created an epidemic of mass incarceration.

With the declaration of the War on Drugs, the federal government took a larger role in local and state level police forces in order to increase arrest rates. Police departments are now granted federal money if they make a certain number of drug arrests, so departments often have quotas their officers must meet each month in order to increase their odds for receiving one of these grants. Along with funding, they can also receive military grade weapons and training once they prove to allot enough resources to the fight against drugs. As an added incentive to seek out drug offenders, police departments get to keep many of items confiscated in drug raids as forfeited property. By initiating these policies, the government encouraged the police force to make more drug arrests and make the War on Drugs a high priority in their mission.

These policies all increased arrest rates but the federal government took further steps to ensure drug offenders stayed off the streets once arrested through mandatory minimums for drug offenses. This meant that judges and juries had less discretion in cases and were forced to send convicted offenders to prison for 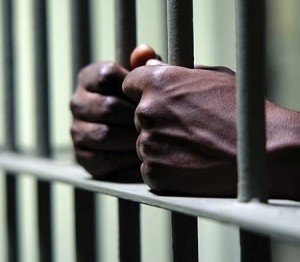 a prolonged period of time. These were often harsher sentences than had been used in the past and resulted in more people staying in jail for longer. Because of these policies 60% of America’s prison population is now made up of drug offenders. I do not doubt that the inmates are in jail for a reason but it does not seem right or necessary that over half the prison population should consist of drug related offenders, but it does clearly highlight the importance police have given to drug arrests.

I am not arguing that the police are wrong or at fault for mass incarceration. They are simply acting on orders and fulfilling a federal initiative. They are not arresting innocent people (at least not intentionally) and are working effectively to remove criminals from the streets. The real problem with the War on Drugs is the way it shifts the focus of crime fighting to drug offenses at the cost of other issues. It forces police departments to focus too much of their energy on picking up drug offenders, lots of drug offenders, and not on other crimes. The current policy aim is to arrest as many people involved in with drugs as possible, regardless of their overall impact on the system. This is based on the belief that anyone involved in drugs is a danger to society, so any drug arrest is helpful in ending the drug trade. When lots of people are arrested they are good statistics for proving the supposed success of the War on Drugs, but a closer look clearly demonstrates the failure of President Nixon’s original vision.

The War on Drugs has failed and created more problems than it has solved. It has not succeeded in eradicating drug use in the US and its policies have led to the mass confinement of the American population. More people are locked up in prisons now since the drug war began then there have ever been in our past, but there has been limited success, if any, at removing drugs from American society. Given the obvious failure of this initiative, the federal government should end the War on Drugs and shift towards different drug policies aimed at helping the people affected by drugs. Drug addicts should receive treatment either in special treatment facilities or at least during their time in prison. Mandatory minimums should be eradicated and sentencing left at the discretion of judges. The incentives programs for police should end and that money should be redirected toward rehab centers. These steps would help addicts get the treatment they need to recover and at the same time stop encouraging the police to make mass arrests for drug crimes. Police time would be better spent keeping our streets safe, perhaps from drug offenders, but the choice should be theirs and they should not be constrained by quotas and distracted trying to qualify for government grants. Ending the War on Drugs will not end mass incarceration. However, it would be a step in the right direction and would help dramatically reduce the prison population.