I consider myself a bit of a beer snob, shunning the classic college staple of Natty Light for the much more expensive—but much better—craft beers like Dogfish Head, Bell’s, and Devil’s Backbone, so when I 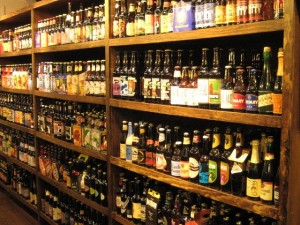 came across an article about how craft brewing companies were improving Colorado’s economy it got me thinking.   See, this article pointed out that Colorado’s 139 brewers made over $100 million last year and provided a $446 million economic impact on the state’s economy. The craft brewing industry generated 6,600 jobs that often paid higher-than-average wages, and more job growth is expected in the future.  I did a little more research and found that though overall beer sales in the U.S. have declined in recent years, craft beer and imported beer sales have increased. It’s estimated that craft breweries provide 103,585 jobs and made $8.7 billion last year—not an insignificant amount!

So why did this get me thinking (besides the fact that I like craft beer)?  Well, after reading about what a huge impact the craft brewing industry was having on Colorado, and on the US as a whole, I started to wonder about what the effect might be internationally.  Are craft breweries on the rise elsewhere?  Could they be a potential source of economic growth?  A quick search revealed that yes, craft breweries do seem to be on the rise 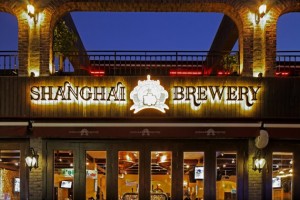 internationally, but not at the same rate as US craft breweries.  Shanghai, for example, now boasts four big craft breweries, Beijing two, and Nanjing one, and Chinese citizens are becoming increasingly enthusiastic about these local beers.   In Mexico craft breweries have historically struggled—right now there are only 16—but the growing US interest in specialty beers has small brewers excited about the possibility of improving their industry. Exports of US craft beers seem to have increased at a much higher rate than have small breweries abroad; in the last year exports of US specialty beers increased by 127% in Canada, 128% in Japan, 174% in Brazil, and an impressive 213% in the Asia Pacific region.

So it doesn’t seem like craft breweries are going to be a panacea for the struggling world economy, though they’re certainly helping the US economy.  It’s possible that the growing popularity of US craft beer abroad could encourage small brewers elsewhere, as it shows an increasing interest in unique flavors and higher alcohol content beer that could encourage locals to create their own specialty beers, but that doesn’t really seem to have happened yet.  Emerging markets like India and Brazil are becoming major importers of US craft beers, as these emerging economies have a growing middle class and generally suffered less from the global recession than did the larger economies of the Western world, so maybe within the next few years we’ll see the growth of a craft beer movement within those countries.

Though craft breweries didn’t turn out to be as influential in the global economy as I had expected, it were still an 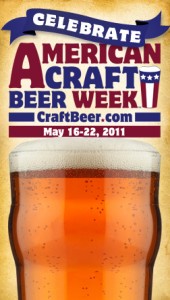 interesting case study.  Who knew that small breweries were actually growing despite the global downturn, especially when the beer market as a whole has been suffering?  This is an excellent example of how one small niche industry can provide jobs and generate a fair amount of revenue, which is something I have written about in several other posts.  So next time you’re going to the store or out to a bar, look for specialty beers and help support this growing industry.  Also be on the lookout for American Craft Beer Week (May 14th-20th) events in your area: learn more about the craft, support local businesses, and try some excellent beers!  Now I’ll leave you with an interesting video about the worldwide craft beer movement; watch it and let me know what you think in the comment box!  Did you know that beer, particularly US specialty beers, were having an influence–albeit not a large influence–on the world stage?  Are you going to switch to craft brews and support this industry, or are you going to stick with the big beer companies?  Do you think this industry will continue to grow, potentially even internationally?