It’s no surprise that over the past few months, gasoline prices have been skyrocketing. Today’s national average price for a gallon of gasoline is $3.73, quickly approaching the highest recorded average price of $4.11. One issue that seems to be a recurring topic in this discussion is the decision to postpone the construction of the Keystone XL Pipeline.

Gasoline prices are correlated with crude oil prices, since gasoline is a refined product of crude oil.  The Keystone XL Pipeline would carry tar sands oil from Alberta, Canada to multiple locations across the United States, ending at Texas’ Gulf Coast. My original plan for this blog post was to examine the costs and benefits associated with the Keystone XL Pipeline and offer my opinion on why the pipeline should or should not be built. 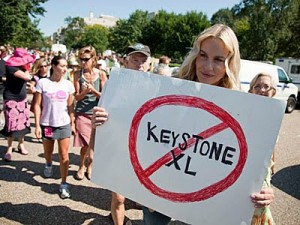 However, as I delved deeper into my research, I became increasingly irate. This debate over the pipeline, like so many other politically linked issues, has become so convoluted and so marred with political propaganda that it seems nearly impossible for the general public to discern the true facts. My goal for this post is to address the problem of the opacity surrounding this topic. 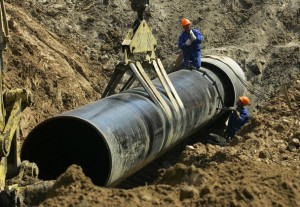 will actually increase gasoline costs and the only economic benefits will be for corporate America.

Every news article I read seemed to give a biased opinion on whether or not the Keystone XL Pipeline would be a boon or bane to our nation. One source would claim to state the key “facts” about the pipeline, but five minutes later I would read something entirely different. I started to think that if I, after researching the topic, could not come away with the cold hard facts and formulate an educated opinion about the issue, how could the general public?

The Keystone XL Pipeline, simply put, is an important matter. As citizens of this nation, we should be presented objective facts in order to better understand a significant issue such as this one. If the reason for contention were due to legitimate differences in opinions then I would have no problem with the debate. Unfortunately, however, this issue has been made into a symbolic fight between two parties with differing desires, as well as political and economic motives. It seems as if each party will say anything, whether true or not, in order to advance their side’s argument.

While the ultimate decision to build the pipeline is that of the president’s, the general public should not be left in a cloud of confusion. However, a solution to this problem seems nearly impossible. Since so many parties have a stake in the ultimate decision, no matter what one says the other will refute the claims, leaving the public uncertain of whom to believe and trust.

I do believe that one step to help clarify the issue is through awareness building. Energy consumption and energy production are such huge facets of nearly every single human’s life, but at the same time the average person could tell you next to nothing about the logistics of the energy industry. We flip a light switch and are met with bright illumination without stopping to think about where that power is coming from, and how it is getting to us. We fill our cars with gasoline from local gas stations, without understanding the complex journey the gasoline has taken.

I believe that an organization should be formed dedicated to presenting non-biased education around concepts relevant to the Keystone XL Pipeline. This organization should not claim to present the truth behind the issue, but rather should be a resource for people looking to learn more about the underlying concepts that are driving the debate. This organization should not accept funding from any party involved with the debate in any sense. Furthermore, the organization’s focal point of its mission should be to provide unbiased information. While these measures cannot absolutely guarantee the organization remains unbiased, it is a step in the right direction. Then, equipped with the appropriate knowledge, the public can make its own decisions and decide which arguments are legitimate.

The Keystone XL Pipeline can potentially have great effects for this nation. Unfortunately the public is stuck in a storm of competing claims not knowing what to believe. Until the general public can intelligently analyze all the arguments, the confusion will only continue.