Almost everyone these days has been talking about the viral video, “Kony 2012.”  The video is an attempt by the organization, Invisible Children, to bring awareness to Joseph Kony and his group LRA.  Kony, a Ugandan leader of the LRA, kidnaps young children, and turns them into child soldiers.  There is no denying the fact that 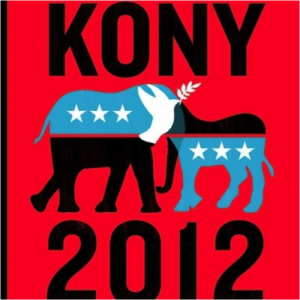 Kony and the LRA have committed horrifying atrocities, and that he must be stopped by the international community.  However, it is important to understand how Invisible Children works, and what the organization is actually trying to accomplish.  Furthermore, due to the fact that many people do not know about Kony, the organization has gotten away with manipulating facts and information.

Another criticism against Invisible Children is the fact that the organization supports the Ugandan army, UPDF, and military intervention in order to put down the LRA.  The UPDF has been known to commit its own atrocities, and is affiliated with the current Museveni government.  Museveni’s government has been criticized for working against human rights, intimidating political opponents, and has also been accused for squandering money as well as being corrupt.  Another issue that has been brought up against military intervention is the fact that in 2008 the United States, working with the UPDF and the Congolese army, started Operation Lightening Thunder to capture Kony.  Unfortunately, the operation failed, and the LRA targeted hundreds of villages where it killed thousands of people, and displaced even more.  Though Invisible Children says military intervention and the UPDF are the best options to combat LRA, there are clearly issues with both the army’s connections to the Ugandan government and the fact that failed military interventions tend to empower the LRA.

There is no question that Kony and the LRA are horrible, and have committed appalling crimes against humanity.  Invisible Children has succeeded in spreading awareness regarding Kony’s crimes, but it is time to promote sustainable and positive action in the region.  There are a plethora of local organizations like Human Rights Focus and Voix des Sans-Voix which work towards defending the rights of the Ugandan as well as Congolese people.  Both of these organizations have outlined ways to raise awareness while empowering the locals in order to help them defend their rights.  Invisible Children has definitely spread awareness through the United States, but it is important to know what exactly we are supporting when we talk about the organization.  Do you support military intervention or do you want to find another option?  Do you want to spend money on just awareness building or on aid as well? All of these questions and concerns are important to take in when supporting an organization.