On Sunday night, Amnesty International (AI) hosted their International Secret Policeman’s Ball. With expected fanfare and anticipation, the 3hr show had appearances by John Stewart, the Saturday Night Live cast, and musical artists such as Coldplay and Mumford and Sons. Celebrating it’s 50th year, this was the first time the event was held in the United States, and the organization continued with their tactic to emphasize the theme of the night “Free Speech” with comedic skits and facts about AI. Despite a few failed jokes along the way, they managed to share some facts and accomplishments of AI, and advocated for the continued discussion surrounding human rights abuses and the work they are doing around the world.

The three-hour show got me thinking about what big accomplishments they have succeeded in reaching in the past 50 years. And first, more importantly, what exactly is Amnesty International? How exactly does one go about releasing political prisoners in foreign countries?

Amnesty International advocates on behalf of a number of topics; such as torture, free speech, equal rights, and the release of political prisoners, among many others. From their “Mission” page, AI states that they use the 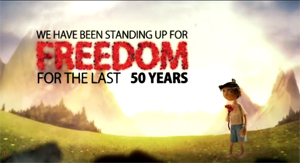 tactics of research, action, and advocacy to work towards a “foundation of freedom, justice and peace in the world.” In its beginning, AI was a group of visionary but ordinary citizens who wrote letters on behalf of political prisoners, enacting education and a call for action against the injustices being committed around the world. While now the membership has grown to over 3 million, and they have diversified the causes on which they advocate, their approach still remains the same.

I remember the first time I was exposed to AI was in high school and we were asked to write post cards to some foreign government about a political prisoner who was being wrongfully accused of slander. Now, I can’t remember who or where it was; but I remember having a feeling that I was taking part in something that was much bigger than I was. Before I continue with the successes of AI, I want to state that this ability to evoke such f 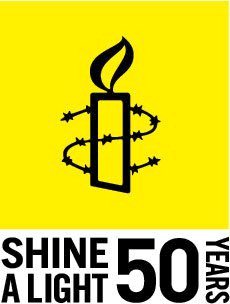 eelings of inclusion is one of the strongest points of AI. The ability for some young girl in Alaska to work with thousands of other ordinary people to try and change the life of someone in a far away country was, at the time, far beyond my scope of comprehension. I think that because AI has calculated how to cultivate and harness this power of mobility, this alone has helped them grow into one of the most powerful human rights organizations today.

On the company homepage, AI takes credit for a number of success stories from around the world. Most famously was the release of the Burmese political opposition leader Daw Aung San Suu Kyi after 15 years of house arrest for political activism. Along with Mrs. Suu Kyi, there have been countless other albeit less famous prisoners that AI have advocated on behalf of, resulting in their release. Without question these are admirable and monumental successes. However, I think it is also important to note that AI does not operate alone in these instances, so credit must be given to where it is due. After all, one look at the Wikipedia page for Mrs. Suu Kyi outlines how many other organizations were also advocating for her release, not least of all President Obama makes the list.

That being said, I argue that one of the greatest impacts that AI has had to date have been the advocacy for bigger picture issues, and more globally impacting projects. To begin with, AI has pushed for the adoption of the United Nations Convention Against Torture, which works to bring countries together in the effort to prevent torture around the world. Similarly, AI has also successfully petitioned for the creation of the International Criminal Court, a body now responsible for trying individuals who are thought to be responsible for crimes against humanity and genocide.

Both of these campaigns have had far reaching successes, and will hopefully shift the fundamental discourse surrounding human rights.  Perhaps it is because of Amnesty International that we have more people aware of the human rights struggle. We may also be able to thank AI in part for keeping international governments and political decisions more accountable to the laws and the fundamental rights that every human globally is entitled to.

Returning to last night’s Secret Policeman’s Ball, Burmese comedian Zarganar went on stage to thank Amnesty International for their advocacy that led to his release. While this is necessary at such fundraising events, I wish we actually could have seen more individuals discuss how AI has personally affected their lives. Instead, the show was filled more crude humor (yes, I would not say it was appropriate for a young audience) and awkward attempts to inform and entertain.

Moving forward, I would love to see Amnesty International become an even more vocal force for the next 50 years. Advocating for human rights, either on an individual cases or global platforms, needs to continue to be brought to the forefront of international discussions. After all, human rights affect every decision towards global interaction: whether it is trade, war, peace, or funding aid. Ultimately, I hope to see that Amnesty International works to put itself out of business, which means imagining a world where suppression, wrongful imprisonment, suppression of rights no longer happens. Hopefully the work of Amnesty International will bring us there.