Women in the United States have come a long way since the 1800s. From being granted voting rights, to the creation of Planned Parenthood and approval of birth control, to the equal pay act, women have covered a lot of ground on the road toward equality. However, there are still some grey areas where women should be seeing equality, but aren’t. The point that I want to bring up today is one that does not get much recognition, even though it is prevalent in every single American woman’s life.

Street harassment is something that 100% of women will experience in their lives. It includes any action or comment between strangers in public places that is disrespectful, unwelcome, threatening and/or harassing and 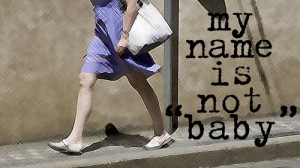 is motivated by gender. Harassment can come in the form of whistling, calling out, touching or groping, flashing, stalking, and more. Unfortunately, most women shrug off street harassment and see it as an unavoidable occurrence in their everyday lives, regardless of how much it bothers them.

What brought this problem to mind was when it happened to me earlier today. I was walking out of the subway when a man stepped in front of me and whispered, “Hey, pretty eyes.” Now, I guess some people might argue that the man was giving me a compliment. However, any woman who has ever had a strange man cut them off and “compliment” them in such a way can attest to the fact that it is not at all flattering. After dodging the man and quickly walking away, I was incredibly irritated. I kept thinking about how frustrating it was that men can do that to women, and how gross it makes me feel when they make those comments, or worse, make that cringing, smacking, kissing noise in my ear. It’s disgusting.

As I kept walking, I started remembering countless occurrences of being street harassed. While the experiences that I have had were physically harmless, they’re still not okay. Furthermore, not all instances of street harassment are simply offensive comments; they can become dangerous. This is my call to action. Women, how many times have you been street harassed? Now think about how many times you’ve done something about it. Chances are that number is very small, if not nonexistent.

I’m not pointing fingers; I have done my best to simply shrug off street harassment and have never taken any steps toward ending it, either. Street harassment makes me feel uncomfortable, and I have often thought that acting against it might put me in a dangerous position. This fear of danger is the reason that street harassment persists, though, so what can we do?

I would never suggest that anyone put themselves in a shady situation in an attempt to spite their harasser. However, there are steps that can be taken that will keep both our dignity and our safety intact. Stopstreetharassment.org and ihollaback.org are two websites that actively fight back against street harassment. 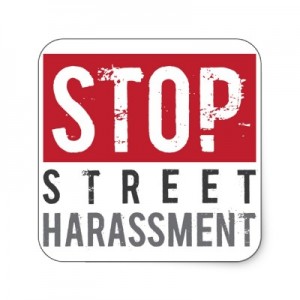 Stopstreetharassment.org uses the approach of teaching women how to defend themselves on the spot. The website gives suggestions and full out directions on how women can confidently and civilly take a stand against a male harasser. The suggestions have been created to catch the harasser off guard and open their eyes to the fact that women do not like being treated in such a way. Ihollaback.org uses a different approach. The organization was created to raise awareness about street harassment and uses technology as their base. They’ve created apps, blogs, forums, and events where women can post pictures of their harassers, find maps that show spots with prevalent harassing, share their stories, and make the greater public (including authorities) aware of the problem.

I think that both of these organizations are taking positive steps toward making the streets safer and more comfortable for women. Without standing up for ourselves or raising awareness, we will never stop street harassment. Learning safe methods of how to defend yourself against harassers is something that every woman should do. Sharing stories, methods, information, and raising awareness is the next crucial step that we must take to protect ourselves from the inhumanity that is street harassment.