Sometimes people don’t bother to learn about global issues…because they’re global.  Many think that some issues are so big that they are best left to the government and to agencies like the United Nations.  The Mexican Drug War is one of these issues that has become so involved among different countries that people feel better just looking away.  I definitely do think it’s a problem that has become unmanageable at the government level. 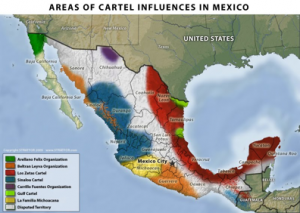 However, I think that we should break down the issue to parts where we can analyse them.  Let’s think about the Internet and how it can be related to the powerful drug lords in Mexico.

In effect the drug war is much like a business, run on supply and demand (with the exception that it’s not legal of course).  So it’s an underground business that is advertised through connections and word of mouth.  Until now, the U.S. and Mexican governments have been combating narcotics with force–treating it as a national security issue.  Which it is.  However, because of the complexity of this so-called business, I think that there needs to be more unconventional ideas that can help combat drug trafficking.

So…to the Internet.  As you all can see, the Internet is a very powerful tool.  Legitimate businesses advertise on the Internet all the time.  Of course, the drug cartels of Tijuana and Sinaloa really can’t advertise.  So my main point is that we should advertise more on the prevention of drug use (the demand side of the business).  There’s a lot of talk about how the U.S. is just as responsible about this drug war because the demand comes from here.  Hillary Clinton directly addressed the Mexican drug war and compared it to Colombian Cartels years before.  It’s clear that the U.S. is involved in this business as a buyer.  But why are we bombarded with advertisements about the Real Housewives (of who knows where) when we should be advertising against drugs?  If there is any advertisement against drugs that we do see, it’s limited to marijuana and cigarettes.  I think that the dog talking to the kid high on marijuana is just not enough.  Drugs are a harsh reality in our society and to some degree our internet ads discouraging substance abuse should reflect so.  Let’s make this complicated U.S.-Mexican drug war comprehensible to people who are unaware of this.  It could be that a socially-responsible person who has fallen under the influence of a drug sees this add.  Could it change the mind of everyone? Maybe not. But awareness is key in making these ads more effective.  Ads on the internet are handled at the federal level through the Office of National Drug Control Policy in partnership with non-profits like Drugfree.org and the Ad Council.  Unfortunately every state and even every county has a different problem with drugs and with different types of drugs.  To tackle this huge problem, I think that some of the campaigns have to be delegated to the local level through high schools and local districts.

If people really are concerned about this growing problem that is equally rooted in the U.S. as in Mexico, we need to re-think how we’re approaching this matter.  Everyday more and more people go into rehabilitation for drug use but the focus of the government is still on capturing Mexican drug lords.  If we face this problem as a real social issue, which affects families everyday, more people would be willing to hear the reasons not to use 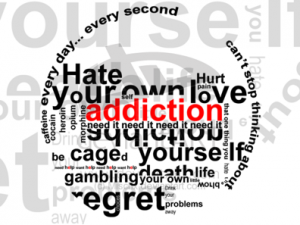 these drugs.  Do addicts want to quit? Not always.  But should we have more programs of rehabilitation and advertise anti-drug use more? Definitely.  Solutions are often cut short because of the lack of education; so let’s give people these tools against drugs through Facebook, Twitter, and Google (just to name a few).  In this case, ads through these social media networks have to be handled by the government, but should reflect a message that rehabilitation can be found right in there own community.  Because this problem has become so massive, we need to focus on real rehabilitation that can be done right within people’s community.  They don’t have to be flown to a rehabilitation centre like seen on reality TV.

Certainly if anyone has seen news on Mexico lately, they would notice that violence due to these cartels is 99% of what’s covered.  Yes, it’s a huge big global problem.  But so is your neighbour’s addiction to cocaine or heroine.  As the Mexican drug war continues to grow like a deadly cancer, we have to face the reality that the business is growing because the customers are growing.  The U.S. and Mexican governments along with the U.N. can continue to try day in and day to end this problem, but for now let’s start letting people know what’s really going on and how they can reduce this horrible business. With this in mind I’ve decided to follow my advice by posting a couple of links that can help people with substance abuse: