Domestic violence is a painful issue that women have faced for centuries in the United States and abroad.  As time goes by and our legal system becomes more progressive addressing complex issues such as cyber terrorism and modern day piracy I am amazed how domestic violence laws haven’t made much progress.  In fact 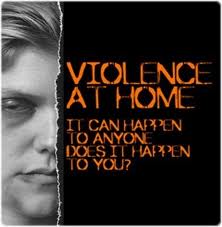 it may seem laws which are meant to protect women from violence are barely effective.

In the United States each state usually has its own set of domestic violence laws which is usually based upon how the public views this issue.  In many states the laws are still not encompassing the totality of the effects of violence on women.  Some states still don’t recognize that domestic violence involving pregnant women should be treated as a violent felony because it also affects the unborn child.  Even when domestic violence involves a pregnant woman, the abuser is often still awarded custody rights after the child is born because the law does not recognize the abuse against the pregnant woman as abuse against the unborn child.

Have you ever heard of the VINE service?  VINE stands for Victim Information and Notification Everyday and is a system that notifies victims on the location of the abuser and notifies them when he is released from jail.  This is a great service but did you know that in most states the abuser is allowed to return to his place of residence at least once to gather his belongings and no one has to notify the victim of when that will be?  In fact the police will accompany the offender to the residence but nothing is to keep him from talking to the victim or attempting to take things that don’t belong to him.  Plus he can show up usually anytime between 7 am and 10 pm on any given day.   Talk about feeling like a sitting duck.  The victim is subjected to further abuse because law enforcement is not required to notify the victim of their intended visit.

Did you know that there are states that do not protect women against violence with someone they are dating?  Over the past ten years attention has been called to anti-stalking laws or the lack thereof.  There clearly needs to be an understanding that domestic violence does not just occur to married women or women who live with their abuser, it can also happen to women who are simply dating someone.  Some of these states, such as South Carolina, that currently do not provide for protective orders against dating partners are in the process of looking at legislation which would change that situation.

Part of the reason why domestic violence laws are not more aggressive or punitive is because the public still doesn’t want to talk about it or address the issue.  Currently in the U.S. the statistics state that every 9 seconds a woman is beaten, and domestic violence is the leading cause of injury for women.  So many women suffer in silence and don’t report abuse for multiple reasons including fear of loss of financial support from their spouse, fear of retaliation from the abuser, and fear of being alone.

The U.S. needs to take a look at domestic violence as a violent crime with a more aggressive legal system aimed at prevention and prosecution.  There need to be laws in place to help victims feel safer by providing shelters and no contact orders immediately after impact.  All women involved in any type of violent relationship whether it is married, living together, dating, and gay relationships should be able to obtain protective orders when violence occurs.  We also need to adopt laws protecting immigrant victims of domestic violence for they often will not report an incident for fear of deportation.