The Bitter Taste of Chocolate

One of the United Nation’s eight millennium development goals for 2015 is to achieve universal primary education. This means that both boys and girls, regardless of where in the world they live, will be able to complete a full primary school education. To give you an idea of how challenging of an effort this is, take a look at the statistics we have thus far. In 1999 one hundred six million children were not attending school. By 2008, the number had dropped drastically; sixty nine million children were not going to school. Granted, that is quite an extreme feat, but in 2015 that number is supposed to be zero. It took nine years to achieve primary education access for thirty seven million children, and we have seven years to give sixty nine million kids that same opportunity.

While the goal has become somewhat more attainable than it seemed when it was first announced, there are still obviously some deep issues that are causing education to be withheld from millions of children. One major problem contributing to this is a lack of effective teachers. In Sub Saharan Africa alone, almost two and a half million teachers will be needed to achieve universal primary education by 2015. NGOs can build as many schools as they want and send endless amounts of supplies, but without competent teachers these donations are useless.

Many nonprofits are using “Band-Aid approaches” to try to solve this problem. Sending books, pencils, calculators, and notepads are all well-meaning, but what good do they provide if the children they are given to do not know what to do with them? Obviously these poverty stricken areas need school buildings that are safe to house children in, but why should they even be built if a teacher will not be present within them?

I would like to shine some light on a nonprofit that I believe has the right idea.  The Nanubhai Education Foundation, whose focus area is India, addresses problems with inadequate teaching. Through their model of teacher mentorship and leadership 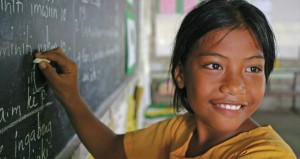 The Nanubhai Education Foundation started with realizing how many teachers were not given the opportunity to student-teach before being set out on their own. To remedy this, Nanubhai sends extensively qualified teaching fellows to the schools that they partner with and puts local teachers through a year-long training program. These sessions not only get the teachers up-to-date on their education, but they also train them on how to work with children who have various needs. The teachers gain an understanding of how to advocate for educational change, inspire students, and motivate them to excel with their work. Nanubhai enables these local educators to then act as mentors for other teachers in the area, making the program potentially sustainable without outside assistance.

To ensure that they are making a positive impact, the organization constantly researches and observes their programs in order to continuously improve their results. Both student and teacher success rates are tracked, and the communities that they live in are evaluated in order for Nanubhai to make the most informed approach possible.

While Nanubhai’s teaching fellows program is still young, since 2007 they have already seen huge progress in all aspects of a primary education. They contributed to a 60% increase in the pass rate of science, and a 15% increase in the general pass rate. The English fluency rate for children in the area has increased to 88% since the introduction of Nanubhai.

Sustainability is what will achieve global education, and programs similar to Nanubhai’s teaching fellows are a perfect example of how to go about this. Providing local educators with training and giving them the power to train others will send a wave of education across countries that are yearning for knowledge. While there are other organizations that are taking comparable approaches, it is not yet enough to reach the UN’s goal. We need to deepen our hold on the root of the problem and expand the areas that we focus on.

As food for thought, I’ll leave you with a decision to make. Will you simply donate a book to children in these impoverished areas during the holidays next year, or will you take the next step by supporting an organization that will help empower them to write a book of their own someday?