Human trafficking and terrorism are two huge social and political issues which plague our society with the responsibility to identify and eliminate the root causes.  As I 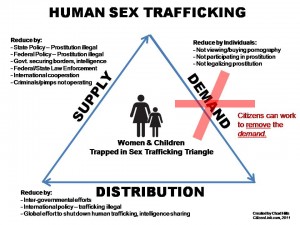 stated in my first blog earlier this week, it is not enough to just educate society, monitor progress and sanction countries who do not fall into compliance with what the U.S. deems an acceptable level of action in regards to counter-human trafficking efforts.  We must look at efforts to activate public policy change in order to deal with these two conjunctive issues more effectively.  Education is helpful but let’s face it education does not effectuate change.

Before I go on I want to communicate to you that I am interested in your thoughts or ideas on these two crucial issues.  What are your unique perspectives on public policy change in regards to human trafficking and terrorism?  Perhaps you have ideas or thoughts I have not considered.  I am interested in learning from other’s with regards to these issues as no one person has all the answers and if we find the resolution to these two important conflicts it will more than likely be a collaborative effort of many.

I am definitely not the first researcher to believe in the connection between human trafficking and terrorism.  In 2000, a researcher by the name of Christine Dolan conducted a 9 week study throughout Europe in which she interviewed over 500 local people including children, pimps, police and prostitutes and concluded there is definitively a connection between human trafficking and terrorism.  Her study entitled, “Shattered Innocence, Millennium Holocaust” was mentioned in the Spring 2002 Initiative Against Sex Trafficking Report and reported that human trafficking is enabling international criminals to play into a wider field of international drug trafficking, weapons and arms dealing, and even piracy, to name a few.

As an example, let’s analyze a case scenario.  Women and children are trafficked into the U.S. every day through Mexico and Canada as well as Florida and other minor points of entry for the purpose of prostitution.  Terrorist organizations not only utilize human trafficking for financial support, they can also align themselves with trafficking groups to obtain a point of entry into the U.S.  Those who are trafficked into the U.S. for the purpose of prostitution could also potentially be utilized for terrorist activities.  Al Qaeda has been successful at setting up terrorist cells within the U.S. and is also known to use human trafficking, prostitution and other illegal activities to fund their 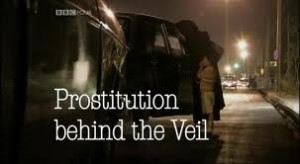 organization.  What is to stop them from using a prostitute or someone closely affiliated to their sex trafficking activities to carry out an attack within U.S. borders?  This is a frightening thought but the U.S. government has already considered this possibility.  Cutting off the funding prostitution provides to terrorist activities would be a step in the right direction.

I believe major progress can be achieved by changing our own views of prostitution.  Many still view prostitution as a simple vice instead of a major crime and breach of national security.  If we change how we view this industry we can start a major shift in public opinion and perhaps public policy.

It may sound extreme to you but if policy was changed to treat prostitution as a serious offense when certain factors are present that suggest trafficking, that may have 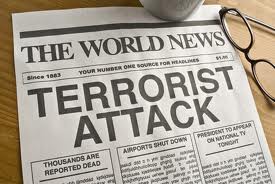 an impact on the sex trade.  If forced domestic servitude and forced slavery of any kind was treated as a breach of national security here in the U.S. we may be able to get a handle on our own domestic trafficking problem.  If trafficking of a U.S. citizen in the international community was treated as serious as a terrorist threat because of the Nexus between the two, there may be some decline in that activity.  If the U.S. shows the global community that it views trafficking as a contributor to terrorism perhaps that would persuade more global action.  Do you have other suggestions?