Every year when Thanksgiving comes around, I come up with a list of all the things I am grateful for, and then I try to give back to charitable organizations in my community or elsewhere.  This year, I decided to give back to a non-profit organization called Pencils of Promise.  Though it has been around for a few years, I recently stumbled across it on twitter and found it to be a rather wonderful group to give back to.  So, in honor of Thanksgiving and in the spirit of giving back, I have decided to introduce all of you to an organization that I feel is impacting the lives of thousands of children across the world.

Pencils of Promise was founded by Adam Braun, a young college student who was traveling around the world on a global trip.  During a stop in India, Braun asked a child 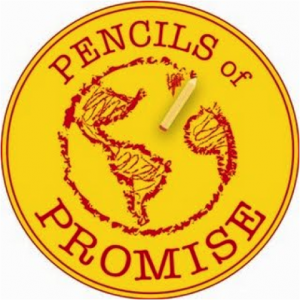 begging on the streets a simple question whose answer would stimulate the start of a non-profit organization.  If he (the child) could have anything in the world, what would it be?  The answer, though short and simple, was a pencil.  Thus began Braun’s movement to create a non-profit organization that would focus on developing sustainable schools in villages across the globe.  Though Braun only had $25 to start off his operation to start building schools in developing countries, he came to the realization that spreading education is a global effort that requires the time and attention of the community that Pencils of Promise endeavors to aid.

The fact that Pencils of Promise gets in touch with community leaders, and works with locals to help create a school that is important to them is a key point in creating sustainable education in developing nations.  Pencils of Promise utilizes local labor to help build schools from the ground up, purchases building materials from the local economy, and helps develop a committee that will oversee school maintenance in order to make sure that the school remains a sustainable educational haven.  The committee is made up of local individuals, men and women, who make sure their village school functions smoothly and effectively.  Of course, Pencils of Promise continues to keep an eye on the schools it helped create by doing bi-yearly checks on the schools.  The organization monitors things like attendance and student enrollment, and then attempts to figure out ways to improve their school programs if and when they find the programs to be lacking in some way.

I cannot stress enough how important it is for an organization to get the community it is working with involved in the projects that will ultimately affect them.  No sustainable solution can be found for issues such as a lack of education on a global scale if organizations simply go in, create a school, and then leave.  For that reason, it is rather remarkable that Pencils of Promise involves local community members in every aspect of school building, and then monitors the schools after they are created.  Furthermore, 100% of the donations to the organization go to the education programs, and each school or project that Pencils of Promise is working on has a short summary so that it is easy to learn more about where the organization has created primary schooling.  Since it is important for me to know where my money is going, who is affected by my donation, and the overall cause of the organization, I can say that I am impressed with the work Pencils of Promise has done and will continue to do in the future.