No matter how open-minded a group of people seem, wherever I have gone, I have noticed that most cliques perform some degree of self-segregation. White kids hang out with White kids, Black kids with Black kids, Asians with Asians, and Hispanics with Hispanics. Though this is obviously a bit of an overgeneralization, when I walk into cafeterias, whether it be at high school, college, or businesses, I usually see tables filled with people of one race with an occasional outlier or two.

Why is this the case? The Civil Rights Movement took place half a century ago. At this 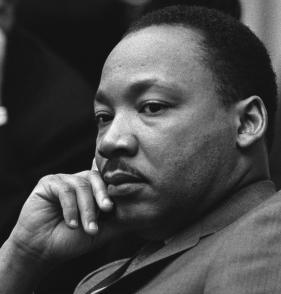 point, shouldn’t we have progressed to the point that when we look for friends, we judge them “not by the color of their skin but by the content of their character?”

But new research suggests that latent racism might not be the reason that people seek friends of their own ethnicity. According to researchers John D. Cook and Justine E. Calcagno, when they controlled for degree of friendship, people did not feel any extra discomfort towards people of different ethnicities. For example, if a White subject held the same level of friendship with both another White person and an Indian, he would experience similar low levels of anxiety towards both people.

The implications of these findings are significant. Many people who have friends only within their ethnicity aren’t necessarily inherently racist. They are comfortable with the people they already hang out with, and these people happen to share the same ethnicity. This friend group continues to grow, and people become familiar with even more people of their own ethnicity. However, because neither they nor the rest of their friend group hang out with people outside their ethnicity, they continue to avoid other people. This is cyclical problem that doesn’t necessarily stem from racism. Essentially, people fear strangers, not different skin colors. And the only way to overcome this is for people of different backgrounds to actually interact and show each other that they can get along.

I have a pretty unique perspective on racial issues. I, as an American of Indian descent, grew up in Rocky Mount, North Carolina, which is a conservative town in eastern North Carolina. My school was fairly homogenous racially. In fact, I was one of two non-White people in my graduating class. People from my region of the country are often judged to be racists by outsiders. From my experience, this characterization is extremely unfair. My town is so divided racially that White and Black people often do not interact. Sure, some of this lack of interaction may be a result of actual racism, but I think a hefty majority of this non-interaction is a result of non-opportunity. People are often not put in situations where they have to hang out with people of differing ethnicities, so they stick to what they are comfortable with. I know that I spent the majority of my childhood befriending people from different ethnic backgrounds than me and that I rarely, if ever felt like a second-class citizen. While they may have been weary at first, once people got to know me, they lost their anxiety and saw me for what I am – a person with decent character worth befriending.

Lack of opportunity is not the only reason for lack of interaction between people with different ethnicities. When I came to college, I was disappointed in the level of self-segregation that I saw. Duke has a very diverse student body. Regardless of high school background, students finally had the opportunity to reach out to people of all ethnicities. Although many of us have befriended people outside our ethnicity, others also stuck with what we are familiar with. However, I do not attribute this to racism but rather a lack of desire to step outside a comfort zone. People merely do not see the point of taking risks and as a result, put up a wall.

As someone who has experienced people letting down their wall and befriending me first hand, I urge all people to step outside their comfort zone and meet people of all ethnicities. For those of you already comfortable with people of all races, this responsibility is particularly important for you. You can tear down biases and prove people’s misconceptions wrong. More importantly, you can provide others with an opportunity that they may want but are far too anxious to seek out. Perhaps if enough people do so, next time I walk into a cafeteria I will see people sitting at tables according to personalities and interests rather than color of skin.