Five years ago, I had just begun my studies of the Arabic language at the Defense Language Institute. Almost all of the instructors were native to Arab speaking nations, allowing us exposure to a variety of backgrounds and dialects. Some were much more qualified to teach beginning students than others. My class and I quickly learned which instructors we could joke around with and which demanded a serious classroom environment. One of my favorite teachers, Jean Baho, could switch from jovial to stone cold sober in a split second. As a former dentist in the Syrian army, he had a thing or two to say about what it’s like to serve one’s country. In a one-on-one session that I had with him in the early stages of the course, I started complaining about the Marine detachment I was stationed with at the Institute and how it seemed they foolishly wanted us to spend more time on military drills than on studying our assigned languages. When I had exhausted my limited Arabic vocabulary, I shrugged and waited for his response. “Sami,” he said, using my Arabic alias, “la yujid muntaq bil jaysh” which loosely translates to “There is no logic in the military.” I smirked, but I didn’t think much of his comment at the time.

As the years progressed and I experienced more and more of the military lifestyle, I began to understand where Baho was coming from. At many instances throughout my short five-year career, decisions were made by those in charge that made absolutely no sense to those of us on the lower rungs of the ladder. I suppose part of this goes with the universal territory of being in the military. In pre-deployment training for example, some of the training we did had no practical application to what we’d be doing while deployed. If we asked why we were doing it, we were often told to do it simply because we were told to do it. How cyclical. “No logic in the army” became sort of a mantra for me, something I would repeat and chuckle about instead of getting angrier at a situation I didn’t have the rank or power to change.

The funny thing about being put in so many apparently illogical situations is how refreshing it becomes when someone speaks with candor. If I understood the reason behind something, I was much more likely to support it. I remember attending in the last couple of months of my second Iraq deployment a Q&A session with Admiral Mike Mullen, the Chairman of the Joint Chiefs of Staff, where someone boldly asked whether or not we had won in Iraq yet. Without padding his answer with jargon and statistics, he simply replied that the typical concept of victory doesn’t apply to our operations in Iraq or Afghanistan. He defended his point further, but it was this initial statement that hit me. As a junior Marine who wasn’t used to hearing much outside of bravado and patriotism when military personnel discussed Iraq, I was blown away by how direct and atypical his comment was. Knowing that the man in the most senior position of the US military shared my opinion on victory in Iraq, or lack thereof, was a great reassurance to me.

Recently, former CIA director Leon Panetta became the Secretary of Defense. While I’ve read a fair amount of arguments for and against his appointment to this position, it wasn’t until an article I read the other morning that I moved towards one camp or the 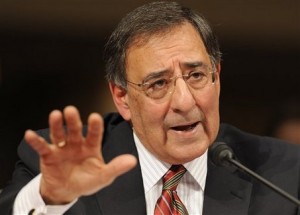 other. The article discussed Secretary Panetta’s recent visit to Iraq and Afghanistan, where he spent time with foreign dignitaries as well as US forces. Apparently, the Secretary had no intention of mincing words and delivered his speeches and answered questions in a remarkably blunt manner. When discussing the possibility of extending US presence in Iraq, a decision currently resting in the hands of the tenuous Iraqi government, he ended by saying, “But dammit, make a decision.” He isn’t pandering to anyone; he’s just expressing his understandable frustration at the matter – something many Americans can relate to.

The disadvantage of such candid statements is the trouble Secretary Panetta gets himself into by misspeaking. News articles covering his recent trip point out the clean up job his aids undertook to clarify and correct some of things the Secretary said. On Libya, he said the main goal was to oust the good Colonel’s regime, contradictory to the UN’s actual stated mission of protecting innocent civilians there. On Iraq, he linked the 2003 US invasion to the pre-invasion presence of al-Qaeda there, a concept which has been repeatedly challenged since the operation began. Oops.

Regardless of these slip-ups, I find Secretary Panetta’s candor reassuring. I would gladly trade direct and honest speech with a few hiccups, for a flawless speech that leaves behind a puzzled audience that is no more informed than before the speech began. I don’t agree with everything the Secretary said or stands for, but at least I know where he stands – there’s definitely something to be said for that.

Candor helps explain the logic of military engagements abroad, the semantics of which are too important to not understand. This holds especially true for the service members with boots on the ground abroad. It is not the same as full transparency, which some people call for. It is an honest explanation of decisions and plans that have been made. Understanding the public position of the Secretary of Defense and other ranking officials is an important aspect of a deployment for a junior service member, an aspect that is often overlooked. All too often, US forces fight without knowing why. Directly answering the questions of these military personnel as Secretary Panetta has done helps demonstrate some of the logic of military operations. This is something my former instructor Jean Baho, myself and anyone else who has served can certainly appreciate.