Last week, I talked about some possible exercises that could be administered in elementary schools that would allow children to develop people comprehension skills. While I certainly think it’s extremely important to begin learning and practicing these skills at a young age, I think it’s perhaps even more important to continue developing these skills as the child grows older. Of course, the exercises that are appropriate for 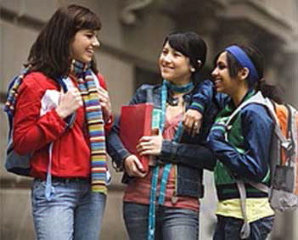 young children in elementary school are no longer useful as they grow into their adolescent years. So what happens after children “master” the elementary school people comprehension skills and go onto middle and junior high school?

First of all, it’s important to acknowledge that parents and other caregivers – whether intentionally or unintentionally – pass a certain bias to their children. This is neither good nor bad, but rather simply a factor in how children develop their own values, beliefs, and opinions. It’s therefore important to take children out of that biased environment and allow them to explore different questions and ideas in a safe space – like a classroom. That way, they can be challenged by the perspectives of their peers and better understand different opinions.

Like the elementary school program, “people comprehension class” doesn’t have to be an everyday subject like math and science – just once or twice per week would be sufficient. Groups of 10-20 students would sit in a circle and practice certain exercises that would allow them to understand their peer’s perspective. An adult – such as a teacher or school guidance counselor – would be present, but ideally they wouldn’t say much. Instead, they would simply initiate the discussion and let the students take it from there.

The first type of exercise is similar to the second exercise that I discussed last week. Students are given a prompt with a scenario written on it, and they analyze the two perspectives and give 2-3 solutions for a resolution. The difference, however, is the type of situation on the prompt. Instead of it being a simple conflict, it would be more complex and age-appropriate.

Another type of exercise is to allow students to come up with their own scenarios to work through. With adolescence comes much social conflict – both between friends and between family members. Working through their situations in an open-minded environment with their peers could help that student better understand the different sides of the conflict.

Julie tells the class about a fight she’s having with her friend Jackie. Both Julie and Jackie are huge fans of Lady Gaga. Julie’s mom offered to take Julie and one of her friends to a concert, and Julie decided to take another friend. Jackie got mad at Julie and they got into a fight.

After discussing the situation, Julie’s classmates explain that Jackie was most likely feeling left out, and that’s why she got upset. They suggest that Julie talk to Jackie and explain that she didn’t mean to hurt her feelings by taking another friend to the concert. Perhaps they should also discuss why Julie decided to take another friend, and why Jackie expected an invitation. Additionally, there could have been other ways for Jackie to express that her feelings were hurt – rather than becoming angry and getting into a fight. Julie’s peers also suggest that Julie schedule a time in the near future where Julie and Jackie can spend time together just the two of them.

Not only do these exercises allow students to better understand other perspectives, but it can also be an outlet for them to work through their own social conflicts. During adolescence, that can certainly be helpful, and these “people comprehension” seminars could therefore have a huge impact on their social skills.