A few weeks ago, I wrote a post about the importance of teaching children people comprehension skills so people can better understand each other, despite differing opinions. Personally, I think this should be part of the curriculum in elementary and middle schools, since equipping children with these skills can enable them to become more open-minded adults.

Teaching people comprehension skills doesn’t necessarily have to be made into a daily subject like math or reading, as it would be quite unrealistic to expect education 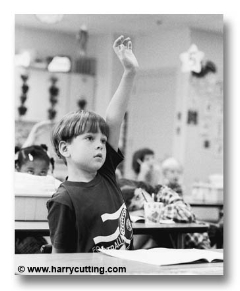 administrators and policy makers to allow so much time to be devoted to learning a skill that is difficult to measure. After all, there are no standardized tests for social skills – the only way to measure them is through a life of interacting with people. So how can these people comprehension skills be taught, then? There are two types of exercises in particular that I think can be easily integrated into the education system, both of which are extremely simple and easy to modify. The first exercise involves two students who don’t agree on something – which can be anything ranging from what they want to do that weekend to what their favorite subject is. Below is an example of two students (Bobby and James) who disagree about what the best sport is.

First, each person states what they think and why.

Then, each participant repeats what the other thinks and why they think that way, and then they give another possible reason for the opposing opinion.

This allows the two students to not only hear what the other person is saying, but also understand why they have that opinion. This exercise also pushes the participants to think of other reasons for having a particular viewpoint, which consequently causes them to be more open-minded about why people think differently.

Another exercise is to give students different prompts explaining a scenario of two people disagreeing on something. The student’s job would be not only to explain the two viewpoints and why each person has a different opinion (similar to the exercise described above), but also to come up with 2-3 suggestions for a resolution. It should be a compromise between the two perspectives – rather than simply agreeing with one of them.

Jane and Sam are sisters who share a room. They are both in their room doing their homework. Jane wants to put on soft music, because she prefers to study with a bit of music in the background. Sam doesn’t want to put on music because she likes to do her homework in silence.

Jane’s opinion is that she should put on music because she works better when music is playing. Sam thinks that no music should be playing because she likes to work in a quiet environment. One solution is for Jane to put on music and Sam do her homework in another room. Another solution is for Jane to listen to music through headphones. Another solution is to alternate playing music and not playing music every 20 minutes while they both do their homework.

The purpose of these exercises is twofold – the first is to foster a greater understanding of an opposing viewpoint and the other is to build and practice negotiation skills while making a habit of compromise. Both social skills are extremely valuable, and I really think that teaching them to children will have a great impact on our society as a whole. These exercises can easily (and should!) be used in classrooms.

Also, make sure to check out some of the other posts on education this week. It’s so important to discuss how the education system should be changed so the next generation will learn more than simply how to take a test.