News on our involvement in Libya has taken a backseat recently after all the drama with Congressman Weiner and President Obama’s announcement about the withdrawal of troops from Afghanistan, but the conflict has been raging on despite the lack of US 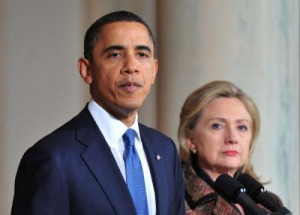 news media interest.  It’s been raging on here in the states, too; specifically, the debate over US involvement in Libya.  For months Congress has been grappling with two resolutions, one which would authorize Obama’s intervention in Libya and one which would cut funding for the interventional, and finally on Friday the House voted against authorizing US involvement but did not cut funding.  The first resolution, sponsored by Rep. Hastings, would have granted Obama the ability to continue operations in Libya for the next year, while the second resolution, sponsored by Rep. Rooney, would have limited the funds available to the Department of Defense for US aid to NATO.  The vote was largely symbolic, as the votes will not force Obama to withdraw from Libya, but still served as a powerful warning to the White House.

Both sides, pro-continuing-intervention-and-funds and the anti-continuation-and-funds, presented what I think are some very interesting arguments behind their votes.  Those who supported the first resolution and opposed the second insist that the military action is on course and to derail it now would seriously damage the cause the Libyan opposition has been fighting for.  Further, some argue that since we are already involved, we must see the operation through to the end (sound familiar, anyone?).  The opposition, meanwhile, focuses mainly on Obama’s breach of the War Powers Resolution of 1973. Critics say that Obama not only violated the War Powers Resolution by engaging in hostilities without consulting Congress, but showed a lack of respect for the legislative branch.

At first, I considered the opposition’s argument to be petty and narrow.  Quibbling over semantics—should the intervention be considered “hostilities” and thus a breach?  Or should it be called a “military action” and thus not a breach?—and who should have consulted who, doesn’t Congress have better things to do with their time, especially when it comes to as complex an issue as the conflict in Libya?  But, the more I thought about it, the more valid the argument seemed.  How can we hope to overthrow a dictator and build a more democratic government if our President shows little respect for our own democratic government and constitution?  I wouldn’t go so far as to say the president is becoming a monarch, but the White House certainly has historically pushed the bounds of the Constitution when it comes to what is or is not a war and what needs or needs not be brought before Congress.  So it was not a petty move to debate over the legality of Obama’s actions, but rather a reminder that the President, even as Commander-in-Chief, cannot simply do whatever he wants without consulting Congress and making a case for military intervention.  Of course, Obama is hardly the first president to do this.  Since the War Powers Resolution was passed Congress has opposed numerous military actions–including the Iraq war–but that has not stopped Bush (I and II), Reagan, Nixon, and the rest from getting involved in conflicts abroad.

Of course, just because I came to see the opposition’s argument as valid does not mean I came to see the supporter’s argument as any less valid.  Like it or not (a topic for another blog post), we are involved in the conflict in Libya, and so to pull out early would be to undermine the Libyan opposition and NATO and the cause for which we have been working.  With Qaddafi on the ropes, as many have suggested he is, withdrawing now could reverse the progress that has been made thus far.  The Obama administration contends that by supporting NATO action in Libya they were supporting the Libyan people and helping to end human rights abuses and repression, a noble goal.   So, dropping out of the fight now would send a very poor message to the rest of the world and demoralize those who are fighting for democracy.

As Friday’s vote made clear, though, the House is not opposed to intervention in Libya, but simply opposed to the way in which in the President went about intervening.  Obama did not make a strong case for why we need to help the Libyan people before authorizing US intervention, at least not in the eyes of Congress, and so many felt he overstepped his bounds as President–though the White House insists that the US involvement is not deep enough to warrant Congressional oversight.  This issue may not seem as important as the withdrawal of troops in Afghanistan, especially since US involvement in Libya has only been going on for 4 months and involves no ground troops, but any conflict we are involved in is worth analyzing.  Obama may have had the best intentions for going into Libya, but if he did not articulate them to the American people and to Congress, that is something that needs to be looked at.