Over the past decade, public spending on education in sub-Saharan Africa has increased by more than 6 % each year, according to the latest report released by UNESCO. The 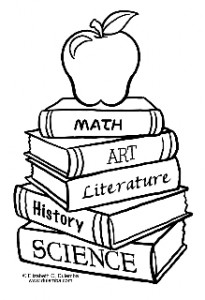 real question however, is not how much money is being spent, rather how exactly it is being distributed.

The report showed some promising results. The increase in investments between 2000 and 2008 brought about a 48 % increase in the number of children attending primary school, while a 60 % increase in enrollment for secondary and tertiary education. The report gives a detailed breakdown of the government spending on education in each of the sub-Saharan African countries. Through a careful analysis of the report, it can be noted that the only country that reduced education spending since 2000 was the Central African Republic. Time and again I have stated in my previous blog posts about how education is a long-term and sustainable solution to eradicate poverty and it is good to know that governments continue to realize the importance of putting a child in school.

Some of the key findings of the report included:

Right in the middle of the economic crisis and population growth, African governments face a huge obstacle ahead. They need to have a strategy on how to budget for education, while at the same time increase the enrollment in schools. The population of sub-Saharan Africa’s 5 to 14 year olds is expected to increase by over 30 % over the next twenty years, and as donor funding and domestic resources are not likely to increase over the next twenty years, these governments have a serious problem. If you had a certain amount of resources, where would you allocate them? Teacher salaries or textbooks? Primary or secondary schools? Would you increase the amount of money spent on education and how should that increase be allocated?