I think a lot of people can call me the quintessential Jersey girl without the gym, tan, and laundry.  I have enough feistiness to account for the entire East Coast, and yet I am always meekly waiting for the proverbial shoe to drop.  Though I am surrounded by some of the most understanding people in the world, there are times when I feel like an unwelcomed pest in my own country.  As a young American Muslim, I have become acutely aware of the media spreading “Islamophobia” throughout the United States and abroad.  Whenever a heinous crime is committed by a select group of people, the media is quick to stress that these individuals were Muslims.  The faith of the villain becomes the most important piece of information, and therein lays the issue.

Islamophobia, according to the British Runnymede Trust, is a fear of Islam, resulting in the fear and hatred of Muslims.  In the 21st century, Islamophobia has dramatically increased in the European Union and the U.S. after the September 11th attacks.  With the resulting wars in Iraq and Afghanistan, as well as the drone attacks in Pakistan, terrorist attacks have skyrocketed. As these attacks increase, politicians and the media respond with hasty, knee-jerk reactions that ultimately put all Muslims in an “extremist, radical” box.  In order to clearly identify these reactions, I have picked two cases, the U.S. and Britain, since the most recent acts of terror occurred in these two countries. 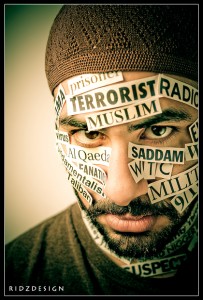 Not too long ago, two young men committed a heinous bombing attack at the Boston Marathon.  Both men were identified as Muslims, and the wife of one of the attackers turned out to be a converted Muslim who wears a hijab; a headscarf.  Though the wife insisted she had no knowledge of her husband’s intentions, journalist Ann Coulter lashed out by saying, “I don’t care if she knew about this, she ought to be in jail for wearing a hijab.” Millions of women in the U.S, including myself, and across the world wear a headscarf.  Coulter effectively singled out women who wear scarves, a majority of whom are Muslims, and made us feel worried about walking out in public.  I myself had some people suggest I go back to where I came from, which in my case would be New Jersey.  However, as immigration reform becomes a bigger issue, conservatives are suggesting just that.  Either close America’s doors to immigrants or set up detailed FBI profile checks to make sure no “extremists” come through.  Conservative rhetoric helps feed the frenzy that all Muslims are evil, and the only way to protect America is to either ban them from the nation or keep close surveillance on all their activities.

Britain, my second example of media hysteria, has steadily experienced a rise in Islamophobia after two jihadists brutally murdered Drummer Lee Rigby.  The actions of these two men have triggered an increase of hate crimes against British Muslims.  One woman was rendered unconscious after an unnamed individual ripped off her headscarf.  A 75 year-old Muslim man was stabbed three times after returning from his prayers, and died almost instantly.  In the face of all these crimes, the British media and government have happily pointed out that the British people are “calmly carrying on as usual.” If this is so, then why have over 200 Islamophobic crimes been committed following Lee Rigby’s death?  Furthermore, why is it that the British media and government continue to praise the “calmness” of the people?  It is a shame that the media has focused so much attention on the religion of Rigby’s stabbers, and has proceeded to ignore the rise in Islamophobic crimes, committed in the name of religious intolerance. 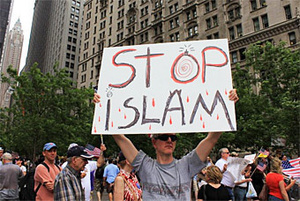 So what should we do?  For the first time ever, I have very little constructive advice to offer.  However, when acts of terror are committed, in the name of religion or not, it would be wise for the media to keep from focusing all its attention on Islam.  Instead of putting all Muslims in a box labeled radical, extremists, the media should attempt at providing the public non-bias information.  In other words, focus on the facts, do not speculate, and refrain from constantly bringing up the religion of the perpetrators.  Furthermore, I suggest Muslims to positively integrate themselves into the countries they reside in by volunteering, setting up interfaith programs, and remaining calm in the face of adversary.  Islamophobic hysteria has become an international norm, set into motion by the very news you and I watch on a daily basis.  However, just as I am not a Jersey girl obsessed with tanning and finding “juice-heads,” I am also one of the most pacifistic, open-minded people you will meet.  I also happen to be a Muslim.