In the arcane world of Chinese politics, slogans matter. They are the words that are meant to convey a leader’s vision for the country. In March, in his keynote speech to the National People’s Congress soon after his formal appointment as president, Xi said: “We must make persistent efforts, press ahead with indomitable will, continue to push forward the great cause of socialism with Chinese characteristics, and strive to achieve the Chinese dream of great rejuvenation of the Chinese nation.”

What, exactly, is this dream?

According to Xi, it is the great rejuvenation of the Chinese nation. Nevertheless, no country would like itself to be poor. If being stronger can be a national dream, every country has this dream. Then what is the unique value of the Chinese Dream? If it is nothing more than an empty slogan, I am afraid Xi would fail to ignite individuals’ morale of 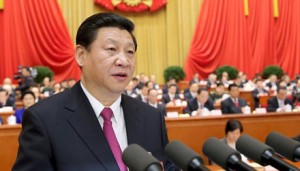 fighting for this dream.

According to the state-run news agency Xinhua, the Chinese Dream means that all workers should “combine their personal dreams with the national dream and fulfill their obligations to the country.” Today the millions who belong to the urban middle class hope for more than just basic economic goods. They dream of living in a better environment, having a political say and cultivating their spirituality. If Xi’s Chinese Dream is a deliberately vague notion, designed to mean anything anyone wants, the limits of its ambiguity must nonetheless be determined from the top down in the future.

It is undoubtedly a smart political move of Xi. Since he recently took the power, what he urgently needs is the stability of the society during the takeover of the power. This one-size-fits-all dream can perfectly balance the conflicts between the interests of all walks of life and can also attract supports from maximum number of people.

Furthermore, where, on earth, is this dream from?

Every time a new slogan was created, the government encouraged the whole society, especially students and officials, to study its theory and spirit. This time, the Communist Party of China (CPC) seems not that creative. When I heard the concept of “Chinese Dream,” the first whim that burst into my mind was that “after infringing on the intellectual property rights of American hi-tech products, China moves its focus and copies American Dream.”

As a rising superpower, China intends to enhance its global influence as against America. Beijing has not been satisfied with the status merely as the factory of the world, but strains to export its ideology and to impose more political impacts in the international stage. Can the Chinese Dream help the government reach this goal? 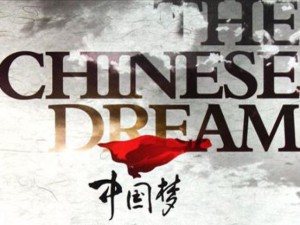 I doubt it. Although China has accomplished astonishing economic miracles, it still has not formed apparently distinct values that can influence other countries. Comparatively, America firmly occupies the commanding heights of the international relations ideologically. America is still the best representative of the universal values such as democracy and freedom, the international version of American Dream.  America made arduous efforts to make those values as universal values, greatly improving the moral level of international relations and the political leaders throughout the world. It is the tremendous contribution that America has made to the world, as well as the source of its global influence as a superpower.

Even though China does not give credits to those American values, it still has not put forward any original value system that can compete with them. Nor can the Chinese Dream. It simply focuses on the rejuvenation of the Chinese nation, so that it cannot possibly spread out as a universal value. Additionally, it is not a specific economic mode or social lifestyle, but just a fuzzy slogan which is unable to be applied by other countries practically.

A mere slogan is nonsense. How to enforce and achieve it is the key point.