Health Is A Right. Health Equity Is Our Goal

So far this year, 156 rhinos have been killed in Southern Africa alone. This means that 2 Rhino’s were killed each day of the year so far. These statistics are shocking. Rhino horns sell for around $60 000 per Kilogram or $30 000 per Pound. One full Rhino horn can weigh up to 13.30 Lbs, and Rhino horn per Lb can cost more than Gold, Platinum and cocaine. It is a known fact that at least 90% of Rhino horns, end up in Vietnam. 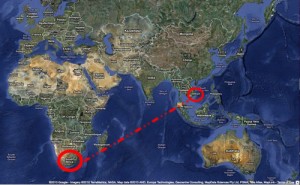 The situation is disastrous. Environmentalists have warned that the tipping point, when the Rhino death rate is higher than the birth rate, is fast approaching.

What could possibly be done to remedy the situation? Since the CITES ban on the sale of Rhino horn, which has been in effect for over 30 years, conservation groups and environmental protection agencies have been battling with poachers, dealers and even Governments. They have tirelessly fought to bring the Rhino back from the brink of extinction. Now, the stakes have been raised higher than ever, as the demand for Rhino horn has skyrocketed, to the extent that a single horn can be sold for up to $360 000.

Since the majority of the Rhino population reside in Southern Africa, environmentalists have, rightfully, pressured the South African Government into taking action. This action has led to an increase in arrests and convictions of poachers. However, even this has failed to curtail the poaching for Rhinos.

The South African Minister of environmental affairs wants to legalize the Rhino horn trade. The minister has said that “We have tried everything else, so let’s talk about this solution.”

Benson Okita-Ouma who is a senior scientist, specializing in rhino conservation at the Kenya Wildlife Service, and is a member of Kenya’s Cites delegation, opposes the Ministers views. He has said that while South Africa has spoken about a debate on trade, the debate was not as open as it was being portrayed. “It is being pushed as if it is the only solution.” 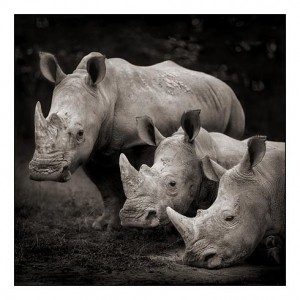 Has this particular solution been pushed through, because legalizing the trade will give the Government a right to get its share of the pie? Whatever the reason, I personally think that it is a bad idea that will not serve in saving the Rhino.

If the WWF, at any point, considered legalizing the trade in Rhino horn, in order to save the rhino, why have no studies been conduced into this solution? Many say that legalizing the trade would bring an end to the black market. It will increase the Rhino population. It will create conditions where Rhinos are protected. Some say that it would even alleviate poverty, by way of turning potential poachers into legal rhino “Farm workers.”

But the problem I have is that if the trade was legalized, the power over the market will be transferred from organised crime syndicates to the Government, many will jest about seeing no difference between the two. Governments will control the price and the supply. Will all those organized crime syndicates accept this? I don’t think so. They are and have been enjoying large profits, and will not simply give up a portion of it.

From recent data on the number of Rhino deaths, it is blatantly obvious that the authorities cannot effectively police the ban on the Rhino horn trade. This raises another concern. How will the authorities, control the legal trade in Rhino horn, and prevent the illegal trade? It seems like the workload will effectively be doubled.

Corruption is another concern given the large amounts of money involved. So in theory legalizing the trade of Rhino horn may sound attractive, but I don’t believe it will work.

In the late 80’s and early 90’s, Namibia started a program of de-horning rhinos. This was coupled with effective anti-poaching security. This solution worked wonders and yielded positive results. There are, admittedly, problems with this solution as well, but I believe that it is the best option currently available to bring the Rhino out of the dark