It’s the start of a new year, and a new beginning. A renewed hope for something better for all, yet a crisis still looms and has been around for far too long. I am referring to the food crisis, in the Horn of Africa. So why hasn’t the problem been resolved, after so many decades?

I believe that the main issue stems from the policies and strategies, implemented by the United Nations, the World Food Program and other Aid organizations. These strategies and policies have unwittingly caused more harm to 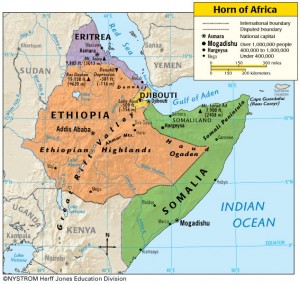 the region, by creating a dependency on Aid. Don’t get me wrong, these organizations have responded swiftly to a crisis and have subsequently saved a countless amount of lives. However, this is far from a long term solution. Food Aid perpetuates poverty, it does not resolve it.

Here you have a major short-term solution, to a long-term problem. I think it is about time, to close this chapter on Africa, for good, and begin anew.

Let’s take a look at the region. Kenya has no Food security and 53% of its population are living in extreme poverty. The same can be said for Ethiopia, Djibouti and the rest of the region, which is home to 780 million people. In 2011 the US contribution to the region was $565 million, and in early 2012 President Obama approved another $105 million. As far back as the early ‘90s, an early warning system was put into place to warn of imminent food shortages. Yet here we are in 2013, still trying to deal with the same problems.

So what is the solution?

I believe that Aid money, or at least a portion of it to start with, should be used to build infrastructure for the 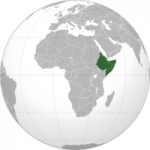 countries in the Horn of Africa. This will finally allow for growth in the region and stop the dependency for aid. At this point you may say, “What about the fighting and conflict in the area?” Well yes, that is no doubt a concern however, the region has been stable for many years now. So what is needed? Here lies another problem.

Aid organizations and private individuals who have pumped money into the region have been reluctant to engage with locals to fully understand the needs of region, and its people. This concerns me, and it should concern many more people, because it means that the money sent to the region is not being used effectively.

This is what I think should be done, and what is needed. In Kenya, food Aid is Crowding Out  the local farmers, who ultimately end up destroying their crops because they are unable to get it to the markets. Aid money, or at least a portion of it, should be used to build roads, which will allow farmers to get their crops to the markets. If this can be done, the need for further Aid will wane and eventually become unnecessary.

In Djibouti, the climate is too harsh to sustain agriculture, and so one has to create conditions whereby Djibouti will be in a position to import food. I think this can be done by using Aid money, to improve and expand Djibouti’s ports and fuel storage facilities. This will allow Djibouti to become a valuable service stop for the 45,000 ships that pass 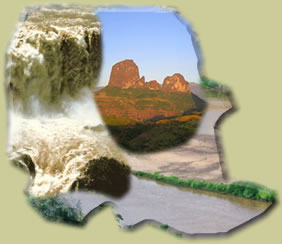 through and around the port every year.

In Somalia, Aid money should be used for improving the countries Livestock trade, and its telecoms industry. Did you know that Somalia does not have a formalised banking sector? Aid money, as well as private money can go a long way into forming one.

Ethiopia. Which I think is the most tragic fact of Africa today, and one that should illustrate my point. Did you know that Ethiopia is known as the “Water tower” of Africa? Yet millions die of starvation or malnutrition every year, it is tragic. Many of Africa’s major rivers run through Ethiopia, yet Ethiopia’s irrigation systems are insufficient to nonexistent. One would think that if Aid money was to be invested into building or restoring irrigation systems, the country and its people would independently thrive.

In the words of Ngozi Okonjo-Iweala, “Africans are tired of being the objects of other peoples charity, and Aid. We are grateful for it but we need to reform.”

This needs to start happening today. Now is the perfect time, the foundation is laid, external debt is drastically down, inflation is down and average growth has moved from 2.5% to around 5% in the region. All that is now, needed is a commitment to work together.