Over the last month and a half I’ve written a lot about prison reform and the changes that I think are necessary to fix our system. But it occurred to me today that before we can implement any truly sustainable fixes there needs to be an attitudinal shift regarding the purpose of imprisonment. Right now imprisonment functions as a method of deterrence, punishment, and protection, which are all good uses. But I don’t think they’re enough. In fact, in some ways this ideology is detrimental to our system because it has created new issues on top of the already existing ones. In essence, we’re currently using a band-aid approach to combating criminality without looking at long-term problems, namely the massive prison population. We need to include rehabilitation in our understanding of the purpose of imprisonment if we want to actually create lasting, positive change.

Don’t get me wrong, our current policies function as politicians envisioned and address our stated purposes of imprisonment. Studies have shown imprisonment 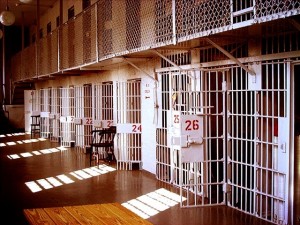 really is a deterrent. People are less likely to commit a crime if they know there’s a high probability they’ll go to prison after. But this is only effective to a point and there will always be people who commit crimes for one reason or another. Punishment is also a necessary function because there should of course be consequences when people break the law. However, if people don’t have any programming during their time, there is little reason to think their behavior will change once they’re out. They could very easily make the same choices again and end up back in prison. Finally, prison does protect the population and keeps the streets safer by removing criminals in general. But few criminals are actually imprisoned for violent crimes, so there is less need for “protection” in that sense.

If we were to make rehabilitation an additional goal of incarceration, we could create a long term solution without sacrificing deterrence, punishment, and protection. Our original objectives would remain the same in the short term, but we could also make more productive use of people’s time in prison. Rehabilitation programming addresses many issues ranging from physical, to emotional, to social needs. You can see examples of programming in different prisons around the country, but only a small minority of prisoners have access to them. In Philadelphia, prisoners help train dogs for the blind. Federal prisons often provide access to GED programs. Social groups hold classes on meditation and religion in select prisons. Programs like these and others have proven to be effective and would sustainably reduce the prison population if implemented properly. They teach offenders new behaviors to replace the old ones, so they can break free from the neverending cycle in and out of prison. But no prison implements programming that the entire prison has access to or that 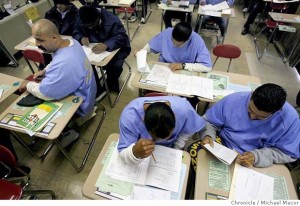 addresses all physical, emotional, and social issues. There is just not currently enough funding because it’s not a priority for the government or prison officials.

As the situation stands, at the most basic level we imprison people for long periods of time when they commit a crime, with no plan for once they get out of prison. This is a shortsighted approach that clearly cannot continue. Deterrence, punishment, and protection only confront the issue of criminality, they don’t fix it. I believe rehabilitation is the missing piece of our prison system that could lead to broader sustainable changes by helping people while they’re in prison and giving them the tools to help themselves. But this is more than just a small shift in funding because it needs to impact all prisoners. Rehabilitation programming needs to become central to the prison experience. It can’t be held aside for a lucky few. The idea of rehabilitation needs to be just as important to people within the prison and policy systems as deterrence, punishment, and protection.