When people talk about court cases or when they’re depicted on tv, the story ends once the judge reads the jury’s verdict. But that’s not where the story ends for the person convicted. 5-10 years,15-20, 25-life, judges give all kinds ranges in sentence length, but what do they really mean? It means a person will be eligible for parole at some point during his or her time in prison. You’d think people would consider this to be almost as important as the original sentencing trial. And the person convicted does, but not the state or the justice system. They pay next to no attention to parole proceedings. Parole boards have almost total control over whether or not a person gets out of prison early and yet the state exercises almost no oversight. Parole boards need to be much more closely monitored so that they effectively provide justice instead of the reverse, which is much more common. 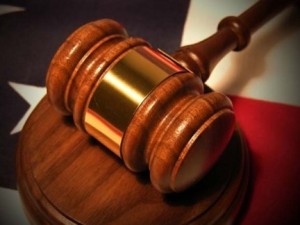 The parole system is regulated on a state to state basis, so an exact description does not exist of what a parole hearing would look like. But generally a parole hearing involves remarks from the potential parolee, a written proposal for their plan after release, behavior descriptions, letters of support, and sometimes testimony from victims and their families. After receiving all the information, the board evaluates the potential parolee based on certain criteria (which again vary from state to state) and make their recommendation on whether or not a person should be released on parole. The governor has to power to overturn their recommendations if they wish, but the parole board generally makes the final decision. So as you can see the parole board holds a lot of power and responsibility. We need to be able to trust the people who fill those roles. But who exactly makes up parole boards?

Parole boards consist of a small group of people who have been appointed by the governor and confirmed by the state senate. Sometimes they’ll be people with some sort of experience in the field: ex-officers, lawyers, judges, psychologists. But equally as often they’re just community members who 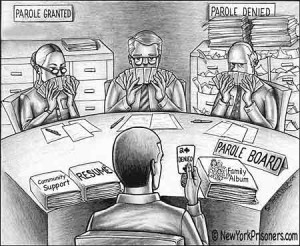 volunteered to serve on the board. It all depends on which state parole board we’re talking about and what their requirements are. Given that these people have so much power over people’s lives, I think it’s entirely unfair that there are minimal to no requirements for their position. They have almost as much responsibility as a judge when it comes to impact on an inmate’s life and yet they could be almost anyone.

This is especially important and disturbing because it is entirely too easy for parole boards to unfairly keep someone in prison. In a movie I recently watched, The Farm: Life Inside Angola Prison, they showed a parole hearing. During the hearing, the man in question maintained his innocence throughout and brought what I thought to be conclusive evidence of his innocence. The parole board didn’t agree with me. Now, that would be fine on its own because I obviously don’t have all the available information and perhaps the man really didn’t deserve to get parole. But the members of the board made some very disturbing comments when they clearly forgot they were on camera. Once the prisoner left the room they immediately looked at each other and proclaimed his “obvious guilt” with no factual basis. They clearly hadn’t listened to a word the man said and weren’t concerned with providing him justice. The man did not end up receiving parole and the board was never questioned over this. Inmates have few opportunities to protest parole denials, so it’s up to the state to ensure they receive fair and just treatment.

Situations like this and others can’t be allowed to continue. Obviously not everyone should be paroled when they come before the parole board, but they should have a fair chance at justice. I think board members should at least have some experience in the criminal justice field, whether from work or their own personal experiences. And they should make decisions based on a number of things including, the crime committed, inmate history, perceived behavioral changes, anything so they get a full picture of the person in question. I know some states already meet these requirements, but most don’t actually spend the time and resources to see that they’re met. State officials need to read parole cases, investigate claims of unfair parole denials, and really hold parole boards accountable for their actions in order for the system to work. People’s freedom is at stake when they come before a parole board and that needs to be taken seriously. What other changes could we make to ensure fairness in the system? How can we see justice served?