Have you ever thought about the death penalty? Do you support using it? If so, what crimes should it apply to? Should any individual potentially face execution? Should there be exceptions? I know those are tough questions, but they’re things we NEED to think about. Because right now, our laws surrounding the death penalty simply don’t work. Our government currently allows the use of the death penalty for anyone except mentally disabled individuals and children. However, states set their own specific rules regarding the specifics of the practice. They decide if they want to use it at all, the method of execution, and the guidelines for 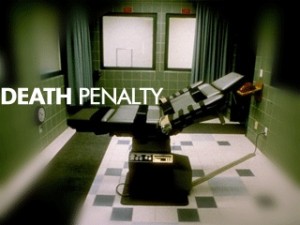 exceptions. But why do we have these exceptions? And where do they come from?
When the Supreme Court decided to ban the use of the death penalty for the mentally disabled in 1992, they said it was for two reasons. First, it was and still is believed that mentally disabled individuals do not have the capacity for adult moral judgements and therefore can’t be held accountable in that way. They just do not have the mental ability to understand the consequences of the decisions they make. Therefore, they need to be protected from “wrongful punishment”. Second, they wanted the law to more closely reflect public opinion about the death penalty. And it seems that people now believe only certain people should be eligible for the death penalty, but not all. This may sound straightforward and easy enough to implement. But a recent case in Georgia highlights all the potential pitfalls and problems with this system.

Warren Hill is set to be executed at the beginning of next year for his crimes. He originally received a life sentence for murdering his girlfriend in 1986. Then later received the death penalty for killing his cellmate while serving that sentence. Clearly Warren Hill committed crimes and broke the law. But he also has an IQ of 70. This means he meets the medical standard for mental retardation, which is defined as having an IQ at or below 70. Unfortunately, he doesn’t meet GEORGIA’S standard for mental retardation, so he is still on death row. He walks that fine line between eligibility or exception because of his relatively high IQ 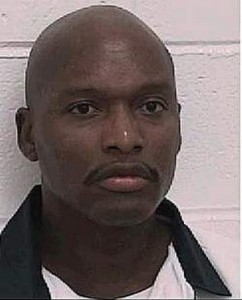 for someone who is mentally disabled. But because he didn’t meet Georgia’s standard of proof “beyond a reasonable doubt” of mental disability he was eligible for the death penalty. His story made national and international headlines for the injustice people perceived in his trial. But why is he the only man gaining people’s interest, when there are 100s of death penalty cases each year? People were outraged because he is mentally disabled and yet is still sentenced to death. I agree, that’s a horrible tragedy. But isn’t it a tragedy when the state kills ANYONE?

Why is it acceptable to kill some people but not others? Why do we have a barrier defining some executions as acceptable when others aren’t? Why is that barrier defined by our ability to make rational decisions? Lots of things affect our decision-making beyond just our IQ and yet that’s the only standard we use. Yes, mentally disabled individuals and children have a harder time making rational decisions than your average adult. Their brains either haven’t or won’t develop the way they need to, in order to do that. But people in high stress or high emotion situations also have an extremely difficult time making “good” decisions. So if we’re going to place the barrier at whether or not a person can capably make a decision, then should people who commit crimes of passion be exempt too? Most people would say that’s ridiculous. But it follows the same logic for why mentally disabled people and children are protected from the death penalty. So why are they protected when other people aren’t?

Any barrier we set will be arbitrary in some way. Given the difficulty and the inherent injustice in the system, is it really right to have a barrier at all? Shouldn’t we instead just ban the death penalty altogether? We’ve accepted that there are circumstances when it doesn’t make sense to use the death penalty. But those circumstances could potentially be applied to any situation if you push the logic far enough. So why do we continue creating these exceptions and loopholes? It’s simply too difficult to draw a line in the sand and say “these people deserve to die but these people don’t”. I know I could never do that. Do you want to make that decision? Do you trust someone else to make it for you? Is it really reasonable to base our use of the death penalty on some vague idea of the decision-making process? Isn’t a human life worth more than that?