The Girl Scouts of the USA celebrated their 100th anniversary this year on March 12th, making them one of the oldest and largest women’s organizations in the country. With approximately 3.2 million current members and 59 million alumnae, chances are good that either you or someone you know has been or still is a member of the Girl Scouts. But what do you really know about the organization as a whole? Who do they help? How do they do it? Where does their success come from?


Being a Girl Scout means different things to different people. For me, it meant hanging out with my 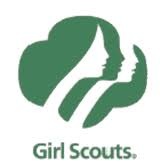 friends as a Brownie Girl Scout and learning about my community. So that’s all the Girl Scouts were to me: a positive, pleasant memory, but not more. Or so I thought. But studies have shown that girls who were members of the Girl Scouts are more likely to vote, volunteer, receive higher education, and view themselves as competent and capable in their lives. I do all of these things so maybe the Girl Scouts had a bigger impact on my life than I thought.

This of course led me to start researching the Girl Scouts, so I could learn more about the organization myself. I started reading the stories of other girls to see what being a Girl Scout had meant for them. For some girls, it meant having a group of sisters they wouldn’t otherwise have. For others, it was a launch pad for spreading their ideas and making a difference in the world, through the To Get Her There program. Everyone has their own unique experience, but the general theme was always the same: female empowerment. The program teaches girls from all different socioeconomic groups and ethnicities to be strong and to learn to manage their problems. The Girl Scouts can’t address every issue that members face, but I don’t think that’s their goal. Instead, they give girls the tools to respond to any situation and take care of themselves. In other words, they’re taught how to fish instead of being given the fish. 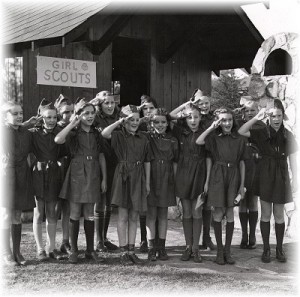 The Girl Scouts’ began as an organization meant to bring young girls together in a time when women had far fewer rights than they do today and gradually expanded until they had troops worldwide with the same goal of improving girls’ lives. They raise money for charities, encourage members to start their own movements, and spread awareness about social issues. These are all good things, but they’re also things that other organizations do as well. So what sets the Girl Scouts apart? Their troops. These Girl Scout troops become almost like a family within the organization for the girls. They create a social network around the globe, making them a part of something larger than themselves. This connection is what leads to their lifelong activism. You only need to look at the gathering the Girl Scouts hosted on the national mall this weekend to see just how important that community is to these women. Approximately 250,00 Girl Scouts came from around the country just to celebrate the organization’s centennial for a few hours.

But how has the organization continued and thrived for so many years? Their success seems to come from their ability to adapt to the social environment and remain relevant in ever-changing times. They responded to the social issues of their time whether that was one of the World Wars, the Great Depression, civil rights activism, or the AIDS epidemic and tailored their learning and their good work around addressing those specific problems. The organization has a sustainable impact not only on the specific work they do, but also on the Girl Scouts themselves. Even when they don’t have a lasting impact on a particular issue the girls in the program still have a positive, lasting experience. And each woman who had a good 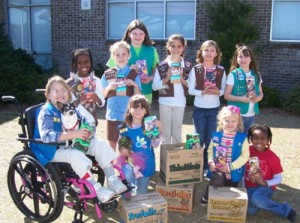 experience in the program represents a positive change in the world and the possibility for continued growth. They are the real focus of the organization and as long as they continue to grow into strong, capable women then the Girl Scouts will continue to have a sustainable impact on society.

A lot has changed for women since 1912. We have the right to vote. We have access to upper management jobs. We represent a larger portion of the college population than men. We’ve come a long way, but we still have a long way to go. The Girl Scouts have helped women manage and respond to social issues in the past and have demonstrated resilience and sustainability in an evolving society. I know that they can and will continue to help women around the world. So here’s to another hundred years of good work by the Girl Scouts of the USA.