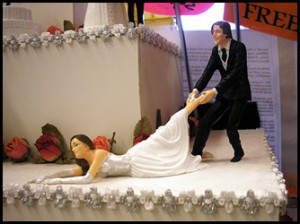 Recently in the UK, that age-old question has popped up again of how to reconcile differences between cultural/ traditional practices and human rights through law. The practice I’m talking about here is forced marriage, the human rights would be the abuse and lack of life choices by those forced into the marriage (likened to being “little more than slavery” by the Prime Minister David Cameron), and the law would be impending UK legislation criminalizing forced marriage. This legislation has stirred up a lot of emotions throughout the UK and has created a debate over whether criminalizing forced marriage is the right avenue towards erasing it versus creating public awareness about the issue and eliminating it through the education of people of human rights. So what to do? Penalize or educate? I say, why can’t it be both?

I know it may seem like a cop out over something so debatable to say both answers are correct, but it’s not and they are and they aren’t. I’m not talking about some 50/50, easy solution here. This is a complex issue with many nuances and loads of implications for the future of those forced into marriages, their families and their communities. What I’m saying is it needs to be a blend of the two, where awareness-raising through educating people is strongly pushed and backed up by law to safeguard humans’ rights.

First it’s important to make the distinction that I’m not just talking about early marriages here (you can be forced into marriage at any age, although it typically does occur when younger) and I’m not referring to arranged marriages. I’m talking about a marriage where one or both parties are forced into it and it’s quite a problem in the UK where 8,000 cases are reported yearly (likely an underestimate). It’s also important to note that while most of these women are from South Asia and forced marriage is often associated as a religious practice, it’s not. No major world religion endorses this practice, it’s a cultural tradition.

The analogy presented by dissenters against the law compares it to UK efforts to stop female genital mutilation (FGM) and its total failure to bring about any course of action. This side of the argument has their reasons and I think they are completely valid. The practice will likely get pushed underground and, really, who expects these children to actually rat out their parents (because it is, as you guessed, mostly the parents pushing their children into these marriages)? Think about the repercussions of that. 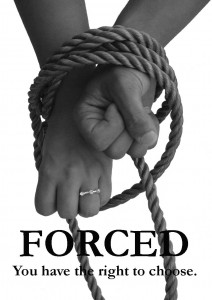 This is why the majority of emphasis needs to be on educating and raising awareness about human rights among those communities in the UK where forced marriage is a tradition. I’m a firm believer that 99.8% of problems in the world today could be dramatically alleviated and solved through education. But, this awareness-raising must come from within the communities in which forced marriages are happening if there is to be any chance of success. A recent campaign in Scotland serves as a good example of this where education is happening through collaborations with local religious houses (in this example they are specifically targeting Muslim communities, but the point is they are doing it through community institutions and in partnership with community leaders, who are often in all communities regardless of religion type, local religious leaders).

No doubt the example of the FGM law and legislation should serve as a jumping off point for how to go about tackling this issue. When the government does make this a law, they must commit to implementing it so as not to make the same mistakes as with the FGM law. But, the government must also partner with organizations already working on stopping forced marriages to make it a more holistic and effective approach to a solution. When an issue is complex like forced marriage is, rarely is one solution ever the whole answer.