Two years after a devastating earthquake tore Haiti apart, the damage is still widespread. Hundreds of tent communities cover miles of land and the Haitians living in them suffer from the stresses of day to day living. Of the one and a half million people who were displaced by the earthquake, about five hundred thousand still live in these makeshift communities. The conditions are worse than poor, there is no electricity, and people essentially sleep in the open since locks and security in general are both nonexistent. One subgroup of the displaced population lives in a more constant fear than any other, though: women.

Sexual abuse and rape was not uncommon in Haiti before the earthquake happened. Now, however, it is a daily occurrence. The government and police officials do not take much action to stop rapes from happening, and they never have. The problem is more severe now, though, since safety at this point is an issue for everyone. Women have no secure place to sleep, and their husbands or fathers, or other “would-be protectors”, might have been taken away by the earthquake. What too many women are left with is an unprotected “home,” children to care for, and a police force that accuses them of being promiscuous.

To put it into perspective- Alina, a 58 year old woman who was living in the Port-au-Prince camp, was out one day, when she witnessed a girl being raped by a group of men. When Alina tried to help the girl, the men turned on her instead, beating and raping her nearly to death. The youngest rape victim reported in this same camp was a 17 month old little girl. Since 2009, a mere 18 rape cases were brought before a judge, even though they happen every single day. Nobody has been convicted, and what’s worse- when the earthquake happened, prison cell doors were opened, freeing murders and rapists alike.

Haiti is struggling to gain assistance in improving the current conditions; international aid is lacking. One 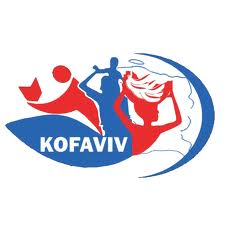 local group, KOFAVIV, which translates to Commission of Women Victims for Victims, is trying to make the best with what they have. The organization was started by Haitian victims of rape and is assisted by a broad range of people whom have all somehow been affected by sexual violence. KOFAVIV is making an effort to
provide help to victims, to take more cases to court and gain legal support, and to provide security in the tent camps. Both physical and psychological support is provided to women in need of it, and better conditions are being pushed for. To date, about 4,000 women have been helped by the group. Unfortunately, KOFAVIV does not receive enough support to provide help and security in all of the camps. With over 1000 tent communities in total, only a very limited number are able to be staffed by two organization security guards. The number is not satisfying.

In a different situation, I would say that this organization is not doing enough or that they aren’t going about it in the right way. The problem is that there aren’t that many other options. KOFAVIV is doing the best they can with what they have, which is unfortunately not much. What these women really need is to be out of the tents, where men can see them sleeping alone or showering in the open. Money to buy a house might be useful, but most people living in such high poverty, would need to spend the money on other things, especially since food, water and other basic services are still a major need.

With that being said, I think that KOFAVIV is making a start by providing camp security, even though it is a long process. They are helping by providing health assistance and are doing the right thing by constantly pushing for awareness and resistance to the abuse. My hope is that the organization will be able to grow and provide security to more women. With such poor day-to-day conditions, taking these small steps is better than doing nothing at all. Follow this link to support and find out more about KOFAVIV and MADRE, their partner organization. Consider donating to their cause in order to help these women, along with others around the world.

The issue here is obviously a difficult one to process, but if you have suggestions or ideas on how it can be changed or improved, please comment and share.