If you’ve had the chance to read my most recent posts, you know that the International Development Conference was held at Harvard earlier this month. I’ve written about some of the key takeaways from the education and women in development panels, but I wanted to write something about the overall conference and what I took as 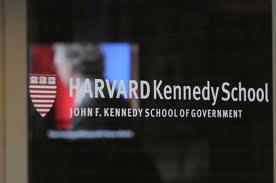 a message from it.

In regards to education in development, I think it’s key to remember that quantity does not beat out quality. I wrote about this in another post, but I want to emphasize the fact that by trying to get as many children as we can enrolled in primary school by 2015 does not mean that our world will have developed. I realize that we have to start somewhere, but is there really any achievement in sending 100 more children to school when only 10 of them will pass the 8th grade? Would it not be better to enroll 20 more kids in primary school and see all of them graduate?

This problem seems straight forward to me and I do not think that we should feel accomplished with our increased enrollment rates. The statistics still show that children aren’t getting good grades. Governments and aid organizations are pushing to reach the universal primary education goal by 2015, but I really see this as a false sense of urgency. We’re seeing a lot of numbers and assuming that things are happening, but it’s not progressive enough to see true development. Rather than putting every effort into sending kids to school, we need to step back and realize that the 2015 goal needs to be revamped. Moreover, there is no reason to wait until 2015 to realize that enrollment isn’t enough. I think that we should start focusing more on teacher training and learning, and I think that we should do that right now.

Another key aspect that I took from the conference was that we all need to do something about our disappointment, anger, or doubt in current global issues. I am guilty of doing this along with so many other people out there; simply donating money will not end world hunger or poverty. I know- it feels nice to donate money to an organization; it feels like you are doing something to save the world. Even so, do you really know where your money is going? I could go into that problem, but it would take up another complete post. Instead, I’ll just leave it at this: sometimes it’s better to raise your voice than to empty your pockets. A repeated quote throughout the panel on women in development was “where is your anger?” I think it’s very fitting because no matter how much we disagree with any certain issue in the world, most of us don’t really do anything about it. We should.

Maybe you’re a member of a book club or a running group; you might go to class everyday as a student; it’s possible that you’re just an outgoing person who likes to meet new people. Regardless of whom you are or what you like to do, by simply talking about issues and making people aware of what’s going on in the world, you can help push us toward further development. The more people you educate on the issues that you care about, the more voices that will be raised. As the volume grows, things have the potential to start changing.

The last point that really ties into what I just said is that of the possibilities that social media gives us. Did you learn about Kony 2012 at the same time that hundreds of thousands of other people did? Were you on Facebook when that happened? This is the perfect example of the effect that social media has on societies around the world. We all crave information, and we like having it at our fingertips, day or night. We constantly check updates on Facebook, Twitter, Youtube, and countless other social media outlets. By utilizing this vast and powerful tool that most of us access on a daily basis, we can really reach out to people about issues and stories that need to be heard. Do you feel the need to stand up for women’s rights, LGBT equality, or corruption of governments? No matter what you are passionate about, I can guarantee that there are millions of people out there who do not even stop to think twice about those issues. Reaching out on social media shines light on topics that might 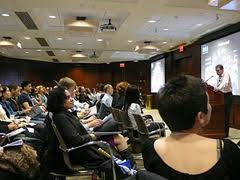 The International Development Conference gave me great insight into some pressing issues and provoked some deep thought over things that might not have occurred to me otherwise. It is my hope that what I took from the conference can become useful to you, too. I hope that you feel the need to speak out about a cause that gets your blood pumping or that you too might attend a similar conference in the future. Utilizing yourself as a tool in development is key to progress; don’t let your voice go unheard.