If you’ve watched the news, listened to the radio, or opened up any homepage on the internet lately, you have probably heard or read about Canadian contestant, Jenna Talackova, being disqualified from the Miss Universe pageant. Jenna is a 23 year old transgender who has stated that she knew she was a female by the age of 4, began hormone therapy years after, and had sexual reassignment surgery at 19. Jenna is a woman. Regardless of whom she is and how hard she must have fought to get there, though, Jenna has been thrown out of the competition of her dreams.

The Miss Universe website is unclear about the fine print rules regarding the pageant. It’s easy to see that you 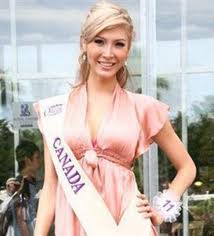 have to be between the ages of 18 and 27; currently or formerly being married, divorced, or pregnant results in direct disqualification. However, as far as I can see, there is no rule against technically being born a male. Even so, this isn’t a solid argument against pointing discrimination against judges and competition council. Once pageant candidates qualify past the initial requirements, they are required to fill out an additional form that delves further into their personal history.

In the case of Jenna Talackova, judges claim that the forms were filled out inaccurately. Apparently, Jenna was disqualified due to the fact that she stated on her form that she was born a woman. Rules are rules, claim Miss Universe officials, and so there goes Jenna’s spot. Just like contestants cannot have been formerly married, they also must have been female from birth.

Not surprisingly, social media outlets saw a huge influx of protests from followers. Countless people argued against the disqualification, and a petition with tens of thousands of signatures formed in support of Jenna. Those whom understand the internal difficulties and pressures of being born into the wrong body, and those who simply support equality, have not gotten over the injustice that Jenna has received from Miss Universe.

To lay out my stance on this issue, let me first state that this pageant contestant is a woman. There is no arguing this point. Even for those who do not support the LGBT community, just take a look at Jenna- she’s gorgeous. But her beauty is the nontechnical side to my argument. A similar situation arose decades ago, in 1976, when Renèe Richards was banned from playing in the US Open tennis tournament when critics discovered that she had undergone sexual reassignment surgery in prior years. A “women-born-women” policy was pushed against her, despite her then female gender. However, after taking her case to the New York Supreme Court, Renèe was actually supported and allowed to compete. This issue came to a close in 1977. Now, years later, I would think that these situations would no longer be issues.

Additionally, the main argument from Miss Universe is that they did not, in fact, disqualify Jenna because of her previous gender transformation. Instead, she was banned from the pageant due to the fact that she falsified information on her application form. Now, I seriously find it hard to believe that if Jenna had laid out her full gender history on the Miss Universe pageant form, she would still be in the running today. No, the council did not eject her from the competition because of her false answer on the form. And even if that was the honest truth, who’s to say that Jenna does not tell everyone that she was born female, simply due to the fact that she was? Yes, she might have been born into a male’s body, but does that mean that she was truly male? Let’s have an open mind here. What’s more, Jenna has openly competed in transgender beauty pageants in the past, as well as publicly spoken about her gender transformation process via YouTube and other social networking sites. Needless to say, if Miss Universe is going to kick out a contestant, at least state the honest reason as to why.

I have no idea how formerly being a male would give Jenna any sort of one-up in the Miss Universe competition. I cannot think of one single reason as to why this would affect the competition. The only argument that I can come up with is the “rules are rules” stance. Contestants cannot be married; contestants must be born female. With that, I want to leave the final decision to you. Do you think that Jenna’s disqualification was a blatant form of discrimination, or do you think that Miss Universe was just protecting themselves by committing to the following of every rule?