We can all remember when we were children on the last day of school.  In the excitement of summer vacation we ran from the school bus in the warm spring air with our backpacks on and our annual report card in our hand.  From the thrilled straight A student to the C average student, every child had a pretty clear idea of what their year’s academic successes were as decided by their school.  While to students this became an anticipated addition to every academic year, what would happen if the report cards were no longer only for students but for their teachers as well?  Most every parent believes their child’s report card to be an important and accurate account of their child’s success in school, but would they view a report of teachers with the same weight?  Would 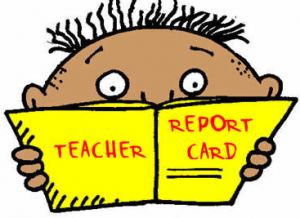 you want to know if your child’s teacher was receiving a failing grade?

A new and highly controversial report was released last month about New York City’s schoolteachers.  The New York City Education Department formulized a grading system for eighteen thousand Math and English elementary and middle school teachers.  The teachers were given scores out of 100 and their rankings were publically released.  The report aimed at making teachers’ performance (based on students’ standardized test scores) publically available to improve transparency and promote high performance.

Several flaws and criticisms surround the new method of teacher evaluations.  First, the results were based on a teaching time frame ending in 2009-2010 school year.  Therefore the teachers in the evaluation are now two school years passed the evaluation period.  Some are now even serving in different positions or different classrooms.  The methodology of this study does not provide immediate feedback to teachers to actually help them improve with the group of students whose test scores they were judged on.

Second, the evaluations have a wide margin of error.  For example, English teachers’ results have a confidence interval spanning 53 percentiles meaning if a teacher’s score was 40 out of 100, they really could be performing as low as 14 or as high as 67.  The rankings were also based on standardized tests that are now highly criticized and in need of improvement by the NYC Education Department.  Using poorly designed standardized tests has been a major design flaw of the teacher ranking system.

Although the evaluation tries to account for multiple demonstrations to test taking, such as if the child was in the school district prior to that testing year, the scoring system based on standardized test scores limits the measurement of well-rounded and proficient teachers.  This issue aligns with other criticisms of “teaching to the test” that prevent good teachers from excelling in the classroom because of stringent standardized test-score expectations.  In this study, the formula for evaluation bases a teacher’s grade on a predicted classroom proficiency level.  This means that in some schools, teachers could have a classroom with 89% proficiency, but 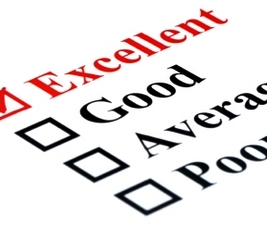 because the formula predicted a 93% proficient classroom, the teacher loses points in their rating.

Also, other teachers in a school affect a particular teacher’s rating.  Seventy-three teachers with a classroom scoring at the 84th percentile or higher received “below average” ratings because other teachers in their school had classrooms that had even better scores.  On the other side, some teachers in lower performing schools receive high rankings simply because their classroom is performing better than others in their school even though their city-wide averages are low.  In this circumstance how can one teacher be accurately judged against another?  Coming from completely different schools with different children it seems challenging to compare citywide (the rating system does take into account such things as race and socioeconomic status of students).

Lastly, teacher rankings deter future generations from entering the field.  With publicized report cards, the teaching profession is becoming much more pressurized.  Other cities plan to experiment with their own teacher rating systems, as it brings more funding from Obama’s Race to the Top education policy.  As the concept of teacher ratings and rankings travels across the country, it seems likely that teachers will begin to teach not only “to the test” but also to the rating system.  High pressured scoring eliminates creatively in the classroom and limits students’ educational horizons.

Mayor Bloomberg insists that the point of the study was not to shame teachers, but rather to find areas for possible improvement and encourage teacher’s high performance.  As an advocate for high teacher quality in our elementary and middles schools, I understand the necessity and appeal of teacher performance reports.  I believe teachers should be held accountable for their work in the classroom, and that a student’s academic success is largely based on the dedication of their teacher.  However, I believe creating a formula for numbered rankings creates more problems than it solves.  Pressuring teachers to fit a mathematical calculation for their success is not the solution to promoting quality education.  The inflexibility of standardized tests creates enough difficulty for teachers in creating effective and well-rounded lessons for students.  I believe the additional anxiety of annual report cards will discourage creativity in the classroom, and I believe a city-wide formula, comparing teachers from different neighborhoods and classes, has a huge potential for unfair representation of a teacher’s true impact.

So, what do you think?  Would you want to know if your child’s teacher was an A+ or a D-? And based on the complexities and error margins associated with the current evaluation method, would the grade even affect your opinion of your child’s educational quality?