It’s been about a year and a half since I bought a new pair of running shoes, three times the “recommended” usage time frame.  Now there is only slight wear and tear, but what makes me, as a consumer, feel that I am doing something wrong by not buying the latest style or most updated version of a product I already own?  The culture of consumerism in the U.S. tells us when to buy things and when to throw things away.  And this culture has led us to own and waste a lot, a lot of stuff.  A linear materials economy outlines how the stuff we have goes through five distinction stages, extraction, production, distribution, consumption, and disposal without us even realizing it.

The truth about the world we live in and the consumption habits we, as Americans, take part in is that it has limits; serious limits that lead a totally unsustainable linear process.  I was inspired to write on this topic after I saw The Story of Stuff video, which exposes the reality of linear consumption and the unbelievable facts that are hidden 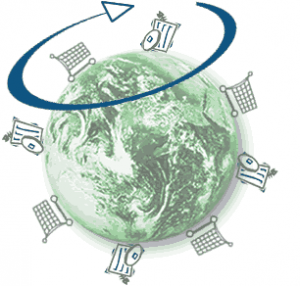 from us as consumers.  Out of the 100 largest economies on Earth, 51 of those are corporations.  This means the model in our world today revolves around pleasing the corporate machine and not the people of this planet.  Corporations, not people, are gaining more and more say in what is important from their government.  As the U.S. consumes more and more with each passing decade with little regard to health, safety, environmental sustainability, or economic equality, the rest of the world pays the price for our products.

Over the next four posts, I’ll discuss the five steps in the linear materials economy, and offer insight into the serious problems at each stage as well as discuss some real solutions to tackle these issues.  Today we’ll start with Stage 1, Extraction.

First, all of the materials that go into the stuff we buy have to be extracted from natural resources.  In the last few decades alone, 1/3 of the planet’s finite resources have been consumed, and who do you think is to blame?  Each year when I pack up my dorm room to leave campus for the summer, I can’t believe how much stuff, junk, paper, waste, I’ve accumulated in 8 short months.  We know as Americans that we have a lot of stuff, and hopefully we recognize that we have a lot of stuff we don’t actually use or need, while other parts of the world barely have basic materials to survive.  But to put these intuitions into perspective, the U.S. only has 5% of the world’s population, but uses 30% of the world’s resources. If the rest of the world were to consume at the same rate as Americans, we’d need four planets to sustain it.

This disproportionate use of resources means we as Americans benefit from the ability to consume while we exploit the natural resources, cultures, and environments of foreign nations.  In our own country, we cut trees all 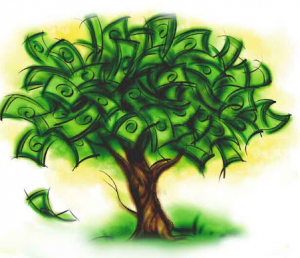 the time, maybe to add to the suburban sprawl, as happened where my plastic-sided, Pennsylvanian neighborhood was built 20 years ago at the expense of beautiful woodlands (try not to call me a hypocrite, my two-year-old self had little persuasion power when it came to environmental protection).  The reality is the U.S. only contains 4% of its original forests.  With these numbers, it’s no surprise we need to turn outside the country to exploit resources, but the sad truth is only 20% of the entire world’s original forests still exists.  While we cut down 2,000 trees per minute in the Amazon, we destroy our limited natural resources as well as add significantly to the global warming threat.

In addition to the unsustainable rate at which we are extracting, additional factors surround the ethics of extracting from certain regions.  We’ve probably all seen (or at least heard of) the movie Blood Diamond, with Leonardo Dicaprio’s amusing attempt at a South African accent.  The movie exposes the harsh realities of diamond mining in Africa, and hopefully this movie empowered us to research a little further into where our American engagement rings were coming from, and maybe even inspired us to consume “conflict free” diamonds.  But how many blockbuster movies have been made about coltan, the metallic ore used in our DVD players, computers and cell phones?  When your phone upgrade date is finally available, it’s the mail-in rebates or sheek new design or unlimited data plan that motivates our purchasing decisions, not the potential lives lost in conflict areas where coltan is mined.  This is all too true in regions of the Congo where 30% of children drop out of school to participate in the mining industry.

Corruption, violence, and marginalization cause suffering of local individuals for the sake of our raw materials.  In 2001, 25% of all armed conflicts could be traced to a struggle over natural resources.  As nonrenewable resources become scarcer and scarcer, the potential conflict due to resource struggle is staggering.  Local populations must pay for the consequences of our consumerism by losing their sacred land or losing their control over the government through corruption and underhanded deals with U.S. companies who keep the profits of their country’s labor.

While we can’t grow another planet or move to Mars (yet) we can take action to protect the Earth we have and the natural resources on it.  Most importantly we need to stay educated about the extraction process in the materials economy.  Research your product’s origin and avoid consuming products whose raw materials came from conflict areas.  Work with non-profits or lobby your government officials to protect our country and world’s finite resources.  Additionally, do your small part by refraining from wasting raw materials in your own life, such as paper products, and always replenish what was taken, such as with composting or planting new trees.