A few weeks back, I wrote an article about the importance of remembering to turn off the lights in your house when you’re not using them. This is a fantastic and easy way to do your part in helping to conserve energy. My article got me thinking, and as I walked around my university’s campus at night, I noticed the dorms were the only buildings in which nearly every light was on.

Now if you drive down a residential street at night, you will notice that some of the houses are partially lit, but very rarely will you see an entire house or a whole block of houses completely lit up like you would a dorm. In fact, when I lived in my dorm on campus I never thought twice about leaving my room with my lights and electrical appliances still on. Why is this? Is it because as you become older you become more environmentally conscious? I don’t think so. I personally do not believe that I have become more environmentally conscious since I was living in a dorm.

I also remember dashing out of my room as I rushed to get to class without stopping to think about my lights. So, does the fact that many students are rushing to get to new places have an effect on forgetting to turn off the lights? Maybe, but now I live off campus and still hurry out of my house to make my classes on time. However, living in an off-campus house, I make a conscious effort to turn off the lights before leaving.

In my opinion, the reason students living on campus are less likely to turn off their lights is because they never 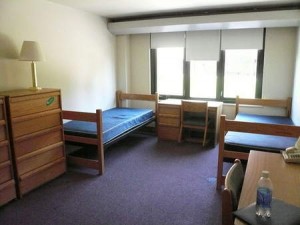 see the energy bills. While we would all like to think people conserve energy because of the environmental benefits, the ugly truth is that cash is king. Now that I live off campus, I have the pleasure of paying for my own energy bills. I see exactly how much my energy usage is costing me.

I propose a very easy and simple solution to this issue. Why not let students see exactly how much their energy usage is costing? Monitor each room individually, and provide prizes and incentives for students that best conserve energy.  This program will help incentivize students living in dorms to conserve energy.

The major issue that I see with this proposal is measuring individual rooms’ energy usage. In order for this plan to succeed, each room would need to be metered individually. After some research, I discovered that Swarthmore College students have proposed a similar system, but with each hall individually metered rather than each room.

I believe that the more personally targeted this plan is, the more effective it will be. If the energy usage is measured by dorm buildings or even by individual halls, I predict more instances of tragedy of the commons than if each room were measured individually. Measuring rooms individually leaves only you and your roommate accountable. This proposal is fueled by two distinct concepts. The first is the idea of awareness. If students are able to see exactly how their energy usage translates into dollars and cents, they will most likely be more inclined to be more conservative.

Second is the idea of competition. Having the students compete against each other to win prizes will hopefully help to increase participation and drive performance. If students can see their efforts turning into tangible incentives they will be more likely to be environmentally conscious.

The funding for the prizes and incentives will come from the money saved on energy costs. This concept should 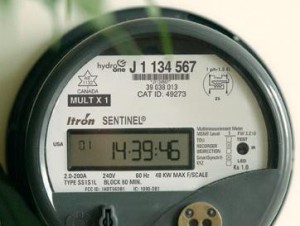 be made known to the students, so they realize that the more energy they save as a collective group, the better the prizes will be. I think this is a smart, simple, and self-sustaining plan to help reduce energy usage in college and university dorms.

Personally, I think taking a proactive approach in trying to change people’s behavior is much more effective than trying to react to their behavior. That is why this plan to indirectly alter behavior via accountability might be very effective. Rather than accepting people’s actions and reacting to them, we should look for plans that help to change behavior. I think that holding students accountable for their own energy usage would do just that.

College students are in a unique situation. Without accountability, and unknowing of the costs of their lifestyles, it’s hard to blame them for not being energy conscious. However, I think that this plan outlined above might prove to be an effective way to help college campuses reduce their energy consumption rates significantly.