Insecurity along the U.S border is a daily reality experienced by those who cross to and from Mexico each day. Media coverage has shown how everyone has been affected including businesspeople, tourists and children who live in one country but study in the neighboring one. Apart from the killings and rapes that are highlighted in news stories, there is another reality that people fear. They fear vanishing or disappearing at the hands of the violent groups who reign terror in the region.

Historically, forced disappearances have been a method of control used in several Latin American countries. Most of the time, it was at the hands of the government or those who supported their cause. In the 1970s, Argentina experienced a dark period in 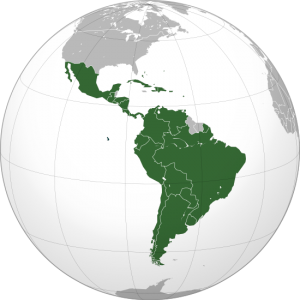 which the internal struggle between the government and its opposition resorted to violent means to push their agenda. As a result, approximately, 30,000 people went missing at the hands of those in power. Neighboring Chile experienced a similar fate in the 70s when those who openly criticized the government were torture, exiled or vanished.

Today, disappearances are still common. The pain experienced by their loved ones, their pursuit for justice and the search for the missing remains the same. However, the faces of the missing keeps changing and so do the ways and reasons they become targets.

When Maria Herrera Magdalena gives her grandson a bath, one thought passes through her mind. He is just like his father — the way he moves, the words he says. But for this grandchild and several others, having a father is a distant memory. Four of Herrera’s eight children disappeared on gold-buying trips — a business for which their small town of Pajacuaran in the central Mexican state of Michoacan is known. Three of them left behind young children who still cry out for their fathers.

Mexico’s president acknowledges the disappearances and said the “very high” number of missing people was a growing concern. He listed them among the victims of violence that he described as “open wounds” in Mexican society. Unfortunately, since no one tracked this as its own crime, no exact numbers are available.

What we do know is that hundreds of women have gone missing in Ciudad Juarez in Mexico. This city is notorious for its murder rate and the violence at the hand of the cartels. Theories abound regarding the disappeared women including the presence of a serial killer or that they are missing as a result of the drug war along the U.S and Mexico border.

Further south, others have disappeared. Migrants from Honduras, El Salvador and other Central American countries try to enter the United States each year. But they not only face a dangerous journey across difficult terrain and scorching climates, but also through a violent region ruled by criminals and others looking to exploit these men, women and children.

Lastly, in the jungles of Colombia, journalists, public officials and those unfortunate to trespass into the region, have been held captive by the FARC, a guerilla group as well as warring paramilitary groups. Some have been held captive for over a decade before managing to escape the grasps of these militant groups.

Julia Alonso, the mother of a missing Mexican man states a shared sentiment common to those who remain, wondering what has occurred to their loved ones:  “For family members of victims who have died, at least they know that they are dead,” she says. “We are anxious. It is a situation of not knowing. … We are the ones that push the most because we have the illusion that they will be found alive.”

While the governments recognize the problem, little progress has been formally accomplished. Instead organizations like Mothers of the Plaza de Mayo in Argentina and the Mesoamerican Migrants Movement, or MMM are working hard to raise awareness. These grassroots groups use the power of storytelling and victim statements to share their story and that of their missing family member. The MMM’s “slogan is, ‘I follow your footprints with the hope of finding you.’ These women have travelled in caravan through Central America to find their sons, husbands and fathers and also show others the perils of the journey to “el norte” or the North. Through their actions they hope to stop the vulnerable from becoming prey to a growing criminal enterprise along the border. Through their work, they hope to prevent others from experiencing their pain.

Please click on the following links to learn more about the work of the Mothers of the Plaza de Mayo and Mesoamerican Migrants Movement, or MMM.